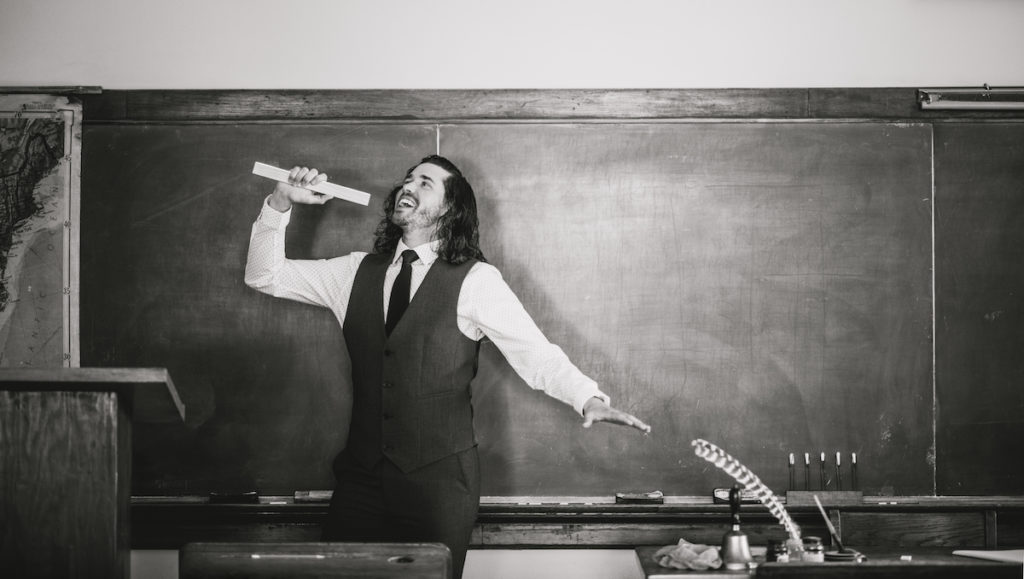 The album, Out of Character, is part of a collaboration between Steiner and Scott Bradley, the music director at Derby Dinner Playhouse.

There are 12 tracks on the album, including “The Music of the Night” (“The Phantom of the Opera”), “Children Will Listen” (“Into The Woods”), and “Bring Him Home” (“Les Misérables.”) “This Is The Moment” (“Jekyll & Hyde”) is also available as a single.

Steiner, whom LEO profiled in 2014, was the director of theatre arts at Floyd Central High School in Indiana for 10 years before passing the torch to Brooklyn Chalfant. During his time at Floyd Central, Stage Directions magazine awarded the school the title of “Best Theatre School in the Midwest.” His program also piloted the official high school productions of shows like “Newsies” before the licensing rights for those shows were released to other schools.

In a press release about his new album, Steiner said, “It was a treat to collaborate with so many talented artists on this project. Scott Bradley created some absolutely beautiful arrangements and I cannot wait for folks to hear how they turned out.  I hope that listeners enjoy the journey that this album takes them on and that it may inspire others to take their own leaps of faith.”

Out Of Character is available to stream through a number of platforms, including Spotify, Apple Music, Robbie’s website, or with the embedded Spotify player below.