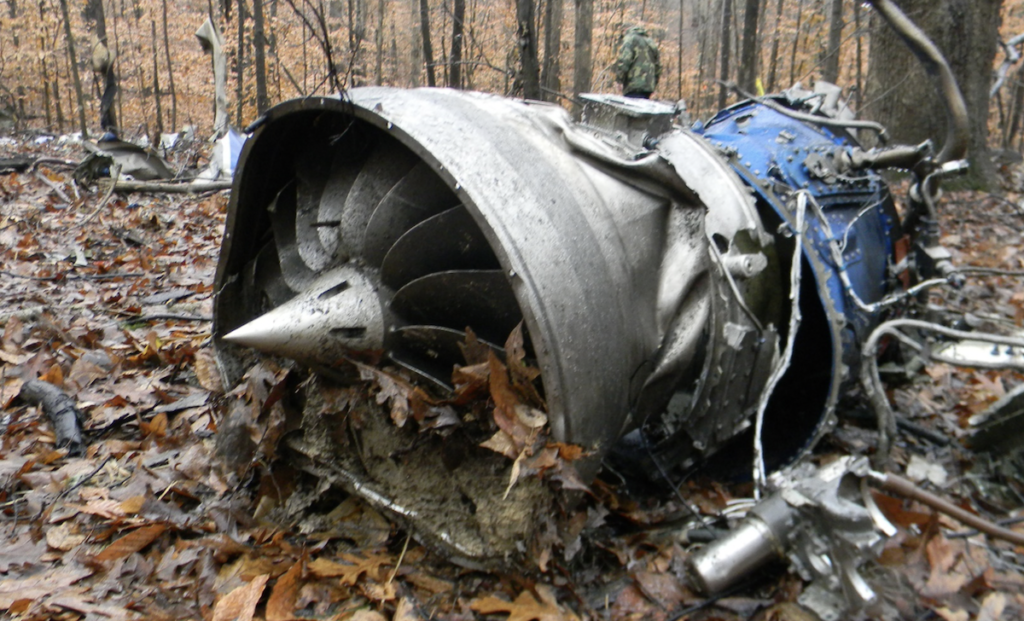 Debris from the 2018 plane crash that killed three people in Memphis, Indiana.Via the National Transportation Safety Board

The National Transportation Safety Board has released its final report on the fatal 2018 crash that killed Louisville City FC founder Wayne Estopinal and two other people.

Estopinal, Sandra Holland Johnson and the pilot, Andrew Davis, died in the crash, which NTSB’s report concluded was the likely result of a faulty winglet system that was installed on the plane.

The winglet system — which are vertical wing extensions that reduce drag and help improve fuel efficiency — was installed by Tamarack Aerospace Group, a modification to the plane.

The plane — a Cessna Citation 525A — crashed in a field near Memphis, Indiana. It was en route to Chicago Midway International Airport from Clark Regional Airport in Sellersburg, Indiana.

Shortly after takeoff, the plane began to bank left, and 35 seconds later it crashed, as the pilot was unable to regain control.

Tamarack Aerospace Group disputed the findings in a press release.

“We disagree with the National Transportation Safety Board’s (NTSB’s) Final Report today that concludes Active Winglets installed on the aircraft N525EG were the probable cause of the accident, alleging there was, ‘asymmetric deployment of the leftwing load alleviation system for undetermined reasons.’  The forensic evidence collected in the investigation indicates that the load alleviation system was indeed operational, and deployed symmetrically, upon impact. There are inconsistencies within the report that do not support the conclusion published by the NTSB.”