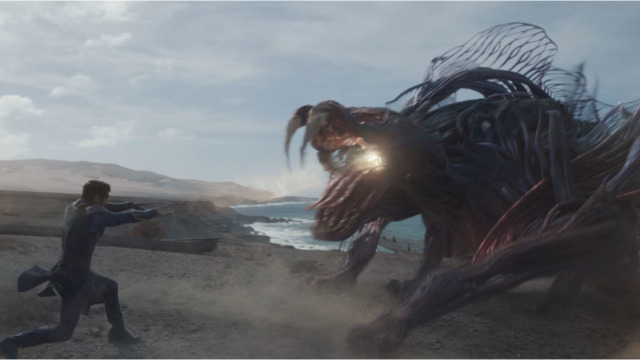 First things first, let it never be said that as a film critic I refuse to be brutally honest even when it involves my favorite film studio.

I’m only human, yet I realize that I often may seem too willing to proclaim certain films the best that a respective genre has to offer. The truth is I go with my gut, and if a movie moves me to an unexpected place of enjoyment or enlightenment or euphoria, that definitely informs my final opinion.

Marvel Studios’ latest, Eternals, is far from my favorite MCU film; however, it’s important to note that for all the reasons I didn’t love Eternals, it very well may be one of the most important movies yet released by the studio, if only for all the doors it kicks open and all the beloved characters who are likely to come roaring through those portals.

Eternals would be a tough nut for any director to crack and given that Chloé Zhao has zero experience shepherding a large-scale superhero epic, I think it’s fair to say that what she has given fans is not a failure but a beautiful, quixotic run at windmills that made for an impossible moving target.

What should be championed about Eternals is its loving adherence to the spirit and aesthetic of what Jack Kirby created so many years ago when he took Marvel Comics into the farthest reaches of the galaxy to infinitely expand the playing field for other comics artists and scribes.

What Zhao gets right is the majestic scope of Marvel’s global landscape, its commitment to depicting characters who are both selfless and mindful of the need to protect our planet and its ever-evolving inclusion of people no matter their ethnicity, gender or sexual orientation.

I can’t recall an MCU film before that represented so many different cultures in a respectful and compassionate manner.

The reality is, though, that Eternals, even at two-and-a-half-plus hours, is not enough movie to adequately encompass the totality of human existence on Earth or the role that these 10 new heroes play in safeguarding humans from galactic threats. Zhao makes a considerable effort to give each of the new characters an opportunity to both shine in battle and a quiet moment to develop their respective personalities. With some, she’s more successful than others.

I almost wish Marvel has taken a bigger risk and introduced the Eternals in episodic fashion on the Disney+ streaming platform before using a feature film to showcase their efforts as a collective to save Earth from annihilation.

Casual fans will likely leave the theater still chuckling at the comic timing of Harish Patel as Karun, a personal valet to Kingo, and longtime hardcore nerds will be elated at the inclusion of Kit Harington as Dane Whitman, a well-known name in comics lore, who gets his own mid-credits sequence to cement his character’s upcoming arc.

If you have gone to the theater to see every other MCU entry to date, Eternals should not be the exception. This is not a bad movie, at all.  If I had to compare, I would equate Eternals with Iron Man 2, which remains memorable solely for introducing Black Widow/Natasha Romanoff to the pre-Avengers fold.

Similarly, Eternals earns its place in the MCU more for the potential storylines it teases and less for the epic throwdowns and grave dangers that proceeded it in better origin stories.