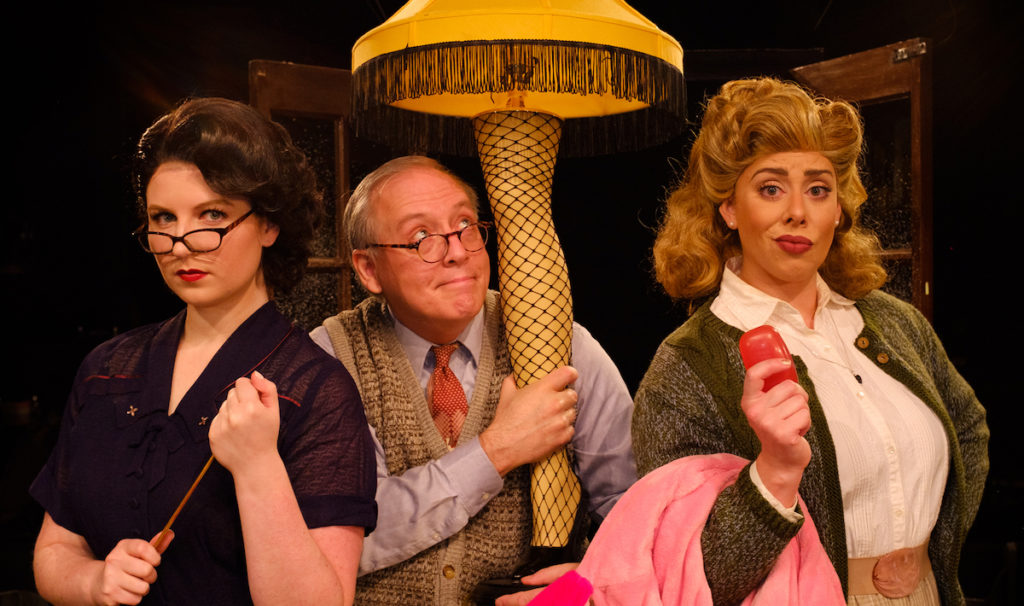 Derby Dinner Playhouse has been a staple of the local theater landscape, making its home in Southern Indiana for the last 45 years. The theater brings to life both Broadway musicals and other light comedic fare for its audiences over dinner. It is the longest running dinner theater in the area.

The Derby Dinner Playhouse is currently presenting “A Christmas Story: The Musical,” which just started on Nov. 10. The show will run through Dec. 30.

Based on the classic movie, the musical is also set in the 1940s and tells the story of Ralphie and his family in their hometown of Hohman, Indiana. Ralphie is on a quest for the ultimate Christmas gift, the Red Ryder carbine-action 200 shot range model air rifle… The Red Ryder BB gun. His parents are against it, but Ralphie tries everything he can to get his hands on the toy.

The play will feature all of the favorite scenes from the movie and the score ranges from “gentle ballas to show-stopping dance numbers.”

“‘A Christmas Story: The Musical’ was written by Joseph Robinette with music and lyrics by Benj Pasek and Justin Paul. Derby Dinner’s production was directed by Matthew Brennan with Choreography by Heather Paige Folsom and Musical Direction by Scott Bradley. The Cast includes Cary Wiger, Jim Hesselman, Jillian Prefach, Lauren Kent and more.”

The production is recommended for audiences ages 8 and up. Tickets can be purchased online at derbydinner.com or by phone at 812-288-8281.