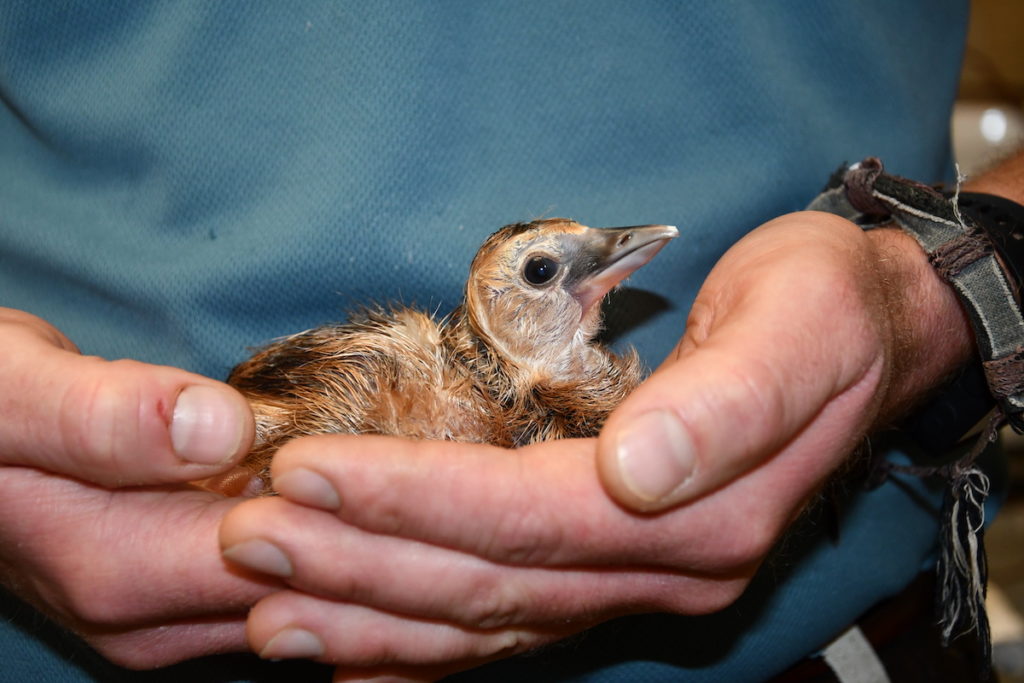 There’s a new chick at the zoo — the first East African crowned crane baby in the Louisville Zoo’s 52-year history.

The first-time parents normally reside in the bongo habitat: Freddy (19-years-old) and Barbara, who is 4. Quite the age difference, but we hear they’re doing well.

“We’ve featured this wonderful species since the Zoo opened in 1969, and we are thrilled to be able to celebrate this little chick,” said Louisville Zoo Executive Director Dan Maloney in a statement.  “Our aviculturists have done an incredible job with the hatchling and her parents, and we look forward to watching the pair raise her.”

You won’t be able to see the chick, who is currently unnamed, quite yet. Although she was born on Oct. 12, she is still being raised off-exhibit in a quiet, private area for the time being. Her introduction to public life will be based on acclimation, parent’s rearing and a number of other factors, said zoo spokesperson Kyle Shepherd.

It’s not clear yet how the zoo’s new baby will be named, said Shepherd.