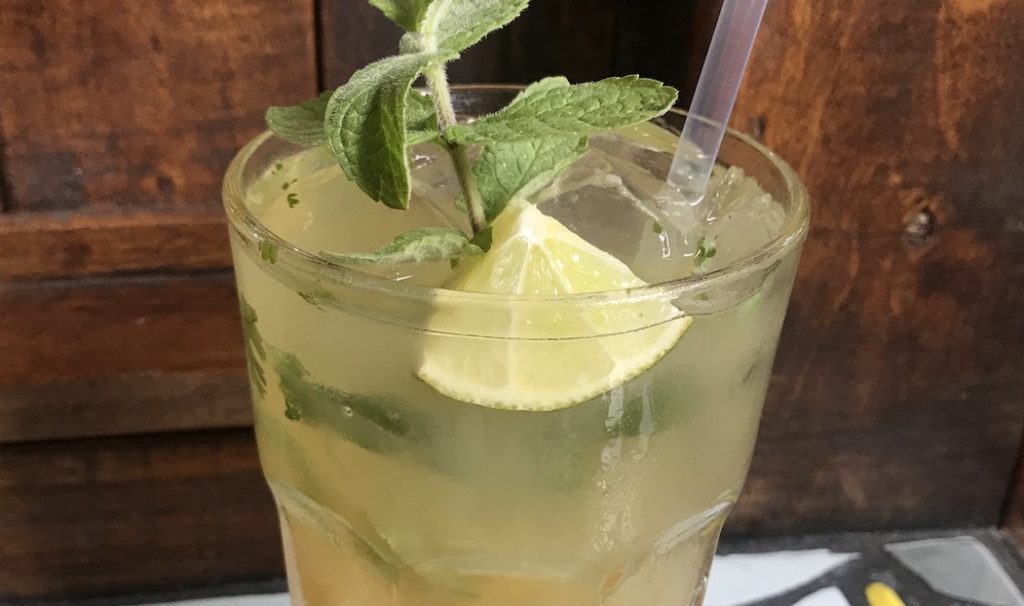 The Verdita margarita from El Mundo.

Verdita is traditionally a companion drink that goes alongside a glass of tequila in Mexico, but El Mundo has combined the two into a margarita.

And, it ended up winning LEO’s 2021 Margarita Hop competition.

From Oct. 28 to Nov. 7, members of the public were invited to sample specialty cocktails at nine local establishments and vote for their favorite. El Mundo’s won, garnering it the title of Best Margarita in the ‘Ville.

The margarita uses El Jimador Silver Tequila as a base, then adds more flavors with a mixture of pineapple, lime, agave, nectar, jalapeño, cilantro and mint.

El Mundo has been thinking about adding a Verdita margarita to their menu for a while but wanted to wait for the hop to debut it.

The drinks creator, El Mundo’s Beverage Director Shelby Lattis said the trick is getting all the flavors to settle in just right.

“The key with this sort of drink, when you start adding the big fruity flavors in there like pineapple is that you got to get the balance just right — it can’t be super fruity, it can’t be super sweet, you have to get the balance with the spice and the booze and the pineapple. Then you get that little surprise twist with the herbs in there, which I think catches people off guard, and they’re like, ‘Oh, mint in my margarita,’ but when you get that mint in there, it adds a whole ‘nother layer.”

El Mundo owner Bea Chamberlain added: “She tinkers around with the different ingredients that she wants to put in, and she did a lot of tinkering with this one, and it came out great.”

The Verdita margarita is currently available at both El Mundo locations. It’s also available for takeout via their online ordering system.