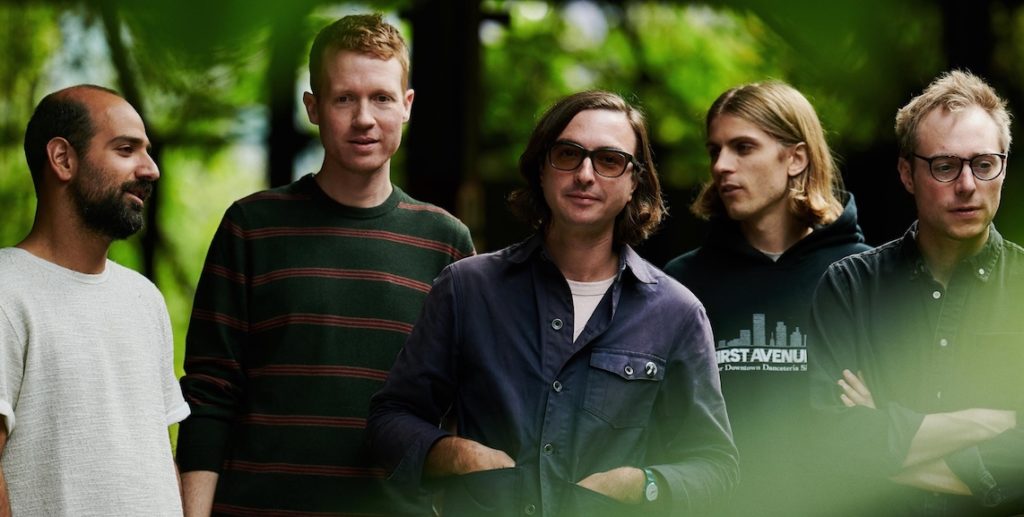 Real Estate comes to Zanzabar after the release of "Half a Human."Via Facebook/Real Estate

The core members of the New Jersey indie rock band Real Estate have been in each other’s orbits since grade school, although it would take them a little while to get around to making music together. Still, they have been at it for well over a decade now and this fall actually marks the 10th anniversary of the act’s breakthrough album Days, which endeared them to hipsters and hippies everywhere with standout tracks like “It’s Real” and “Green Aisles.”

After nearly two years off the road, in large part because of the pandemic, the group is finally out there again pleasing crowds young and old with its career-spanning set. We recently caught up with bassist Alex Bleeker to discuss the ensemble’s enigmatic new EP, Half a Human, which was recorded last year in isolation, his love of the Grateful Dead, and the current tour that lands him and his longtime cohorts at Zanzabar on Thursday, Nov. 11.

LEO: Just to give our readers some perspective on where you are coming from as a musician, can you tell us a little bit about your background? What, ultimately, put you on this path?

Alex Bleeker: Well, as far as Real Estate goes, we all knew each other growing up, and we formed a bond because we all gravitated toward the same sort of sounds and none of us were particularly great students. We were more interested in creative pursuits.

LEO: The new EP was completed during the great Quarantine of 2020. Is there anything about the writing or recording process this time around that was special to you?

These songs were ones that were leftover from our most recent LP that actually came out early last year. We felt like these tunes deserved to be finished, but the fact is that they were written before the world changed. So, you know, completing them gave us something productive to do during that dark time. But also, we knew that we wanted a clean slate for beginning whatever the next big project will be, because everything is so different now, and nobody has the same mindset as they did before.

LEO: For one of your side-projects, you covered the Garcia/Hunter classic, “It Must Have Been the Roses,” and you even had an opportunity to jam with [Grateful Dead drummer] Bill Kreutzmann. What was that like, and what do the Dead mean to you?

I’m a big believer in the importance of the Grateful Dead’s songbook. It’s like Shakespeare in that it deserves to be performed and kept alive by subsequent generations. So, to actually get to play with one of the original makers of that music was like something out of a dream. It was almost like I was having an out of body experience watching somebody else on stage with Kreutzmann.

LEO: This week, Real Estate returns to Louisville for the first time in a while. What can we expect from the live show?

I think you can expect a lot of enthusiasm from the band because we haven’t been able to do this type of thing for so long on account of the pandemic. And it’s cool, to me at least, to see how far we’ve come as a live act. You know, over the last 15 or so years we have evolved from being the trendy band of the moment to a seasoned outfit of like-minded musicians that has many years’ worth of collaborative experience and original material to draw from. I’m not necessarily saying that we’re like the Grateful Dead circa 1989 or 1990, but we are definitely at a high point for doing whatever it is we do.