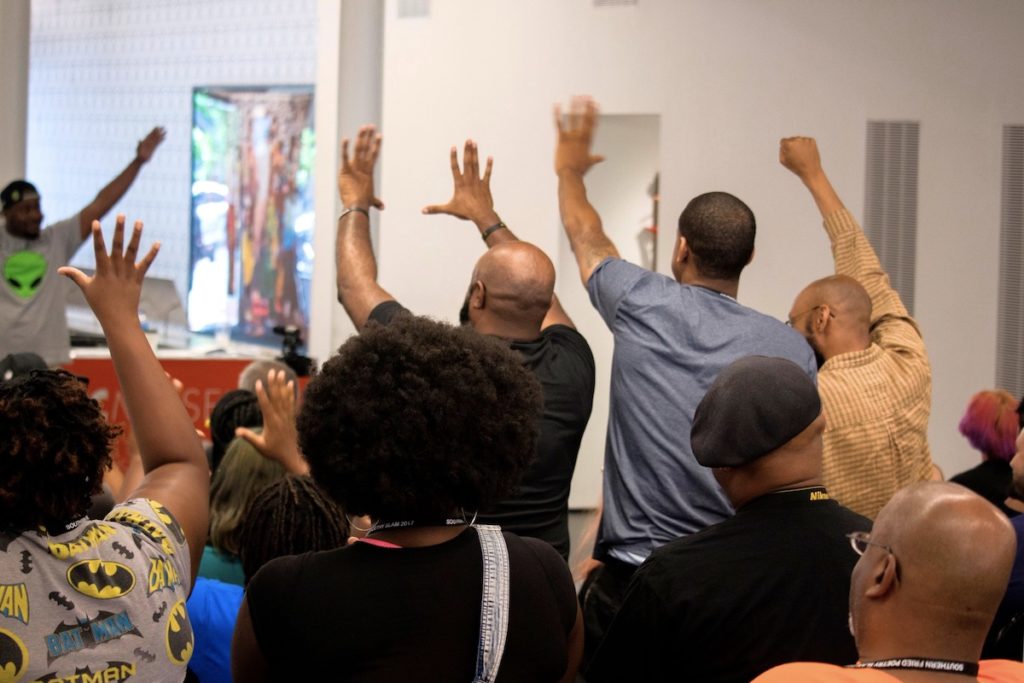 First, KMAC opened their latest exhibit “Crafting the Vernacular” this past weekend on Nov. 20.

The show is based on the idea of a mother tongue, native language or dialect. In this show, the artists, all working in glass, create works that speak to their experiences, cultures, families and childhood memories to create everyday objects. The artists in the show are Ché Rhodes, SaraBeth Post, Corey Pemberton, Therman Statom, Leo Tecosky and Nate Watson.

From the release: “While they all have foundations working in the traditional craft vernacular of glass production, they all likewise engage with and expand the expressive conditions for making art, in glass and other mediums, through their individual and collective experiences living in America. The exhibition will draw from an index of symbols and signs that trace how these artists interact with objects and materials from varying stages of their development, charting a path from an inquisitive childhood to an artistic adulthood.”

The show was conceived by artist and associate professor/head of studio glass at The University of Louisville Ché Rhodes. Rhodes worked with KMAC Head Curator Joey Yates on selecting the artists to participate in the show.

Next, the KMAC Poetry Slam is back in person this Saturday, Nov. 27 starting at 5:30 p.m. in the education studio at KMAC.

Founded in 2015 by Lance Newton (aka Mr. Spreadlove), the event is presented in partnership with Young Poets of Louisville, and supported through Louisville Metro Government through the External Agency Fund and the Louisville Downtown Partnership.

From the release: “The KMAC Poetry Slam is a competition amongst local poets and is juried by audience members. Each Slam consists of three rounds and cash prizes are awarded to the top three finishers. Poets interested in participating can contact Hunter Kissel, KMAC Director of Engagement, at [email protected].”