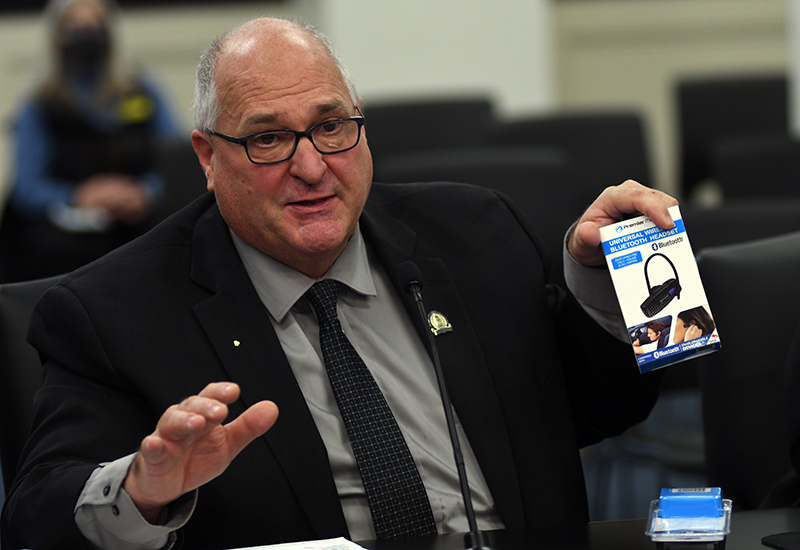 While testifying before the Interim Joint Committee on Transportation on Monday, Rep. James Tipton, R-Taylorsville, said that he intends to file a bill during the 2022 legislative session that would make it illegal in the state to handle a cell phone while driving, although the hands-free use of personal devices would still be allowed.

Texting and driving is currently illegal in Kentucky, but Tipton argues that doesn’t go far enough.

Several states including Arizona, California, Illinois, Indiana, Georgia and others currently have a hands-free law.

During the 2020 legislative session, Tipton sponsored a similar bill, House Bill 255, which didn’t make it to a floor vote in either chamber.