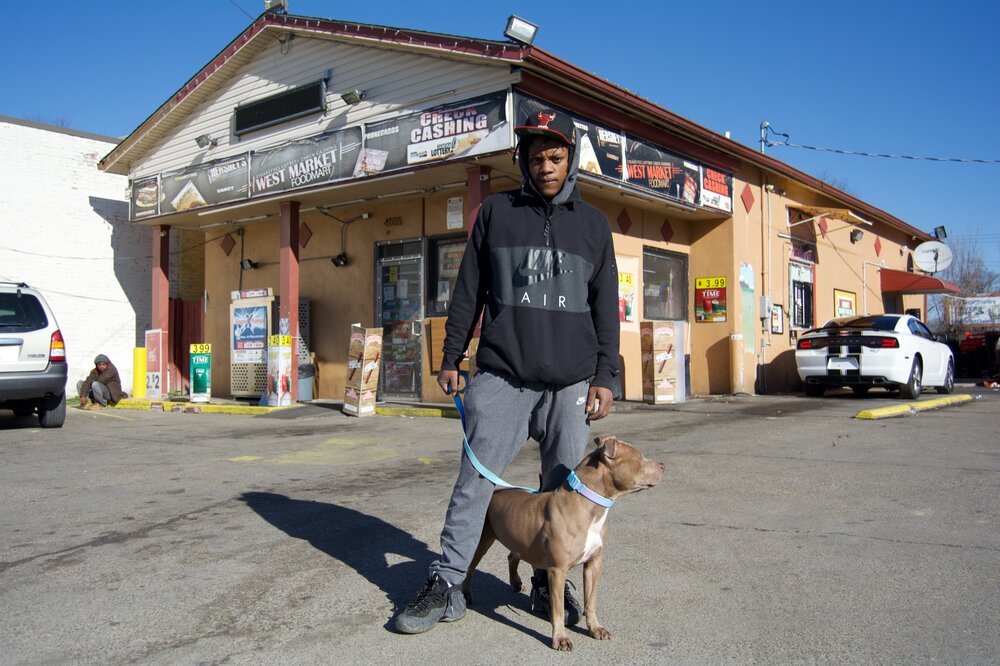 Keavonte: "I got dogs and I put my life into them." | Photos by Walt and Shae Smith

Sept. 16
“I’ve been here for about four years. I went to school at Valley and switched over to PRP — that’s where I graduated from. I’m not from here. I came here from Illinois and just came down here. My mom came down here for rehab after she was released from prison. I was in foster care and all that. Now, I have a baby on the way and I’m doing good. I got a little job and I’m taking care of these dogs and getting ready to have some puppies. I’m trying to live life and stay out of the way from all of this stuff. Yesterday, I heard that someone got shot a couple of blocks from here and I had to hurry up and get home. I heard the shots and I had to get from over there.

Before going into foster care, my brother and I was out here living on our own for a long time. We had a three-story house to ourselves when I was 14. One day my mom came and the police came up in there and told us that she had to go to jail. We didn’t know what was going on. They said that she went to jail for some dude that she wasn’t trying to snitch on. She had to go to jail for almost 12 years, and I lost everything. I was so mad. Now, I just stay to myself. I got dogs and I put my life into them. I have like six dogs and I just keep going and I’m waiting on my son to come.

I hope I get a good start and do the right shit for my son. I didn’t have my father. My father’s in prison, so I have to try to do this without having an example.” 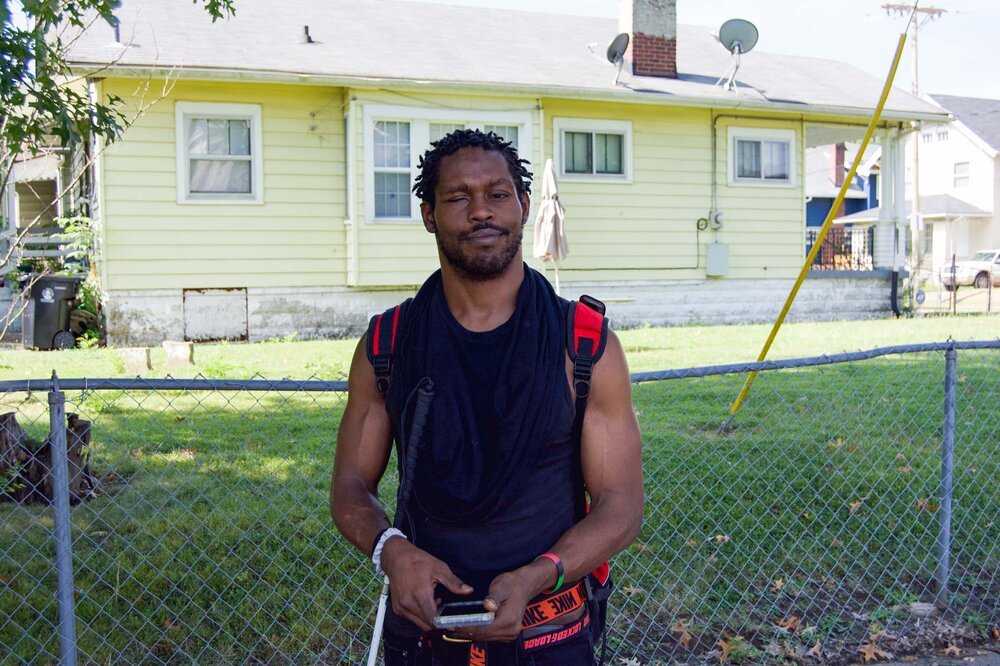 There was definitely a struggle in finding my purpose. There’s a purpose for being blind. I got surgery that was supposed to make my eyes see better but it didn’t work out like that and it made it worse. I’ve been blind for about 20 years, but being blind, I’ve learned a lot about life, in general. Being blind doesn’t necessarily mean you can’t see. It just means that you see things differently.

Being blind is like you’re in the darkness and when you’re in the darkness with nobody else, it’s kind of hard for you. The hardest thing for me was being alone in the darkness. People are not meant to be alone but with other people. I realize that just because I’m by myself, it doesn’t mean I’m by myself. There are people fighting the same battle and the progress they make benefits me, so I’m not by myself. Not only that, I got God and that’s an invisible part of reality that nobody’s really seeing. It’s easier for a blind person to see God.

I almost had no choice but to be spiritual because I am blind. Part of faith is depending on things that you can’t see but knowing that there’s some type of result, even though you can’t see it — that’s what it is. Being spiritual is everyday life. It’s not abnormal for me but everyday life.

Don’t let what people judge you by be the result of your whole life. There’s only one person that can stop you from being successful and that’s your own self. So if you really want to see the truth in what you want to be in life, look inside yourself. Take some time to get to know yourself. That’s the best advice I can give anybody in the world.”