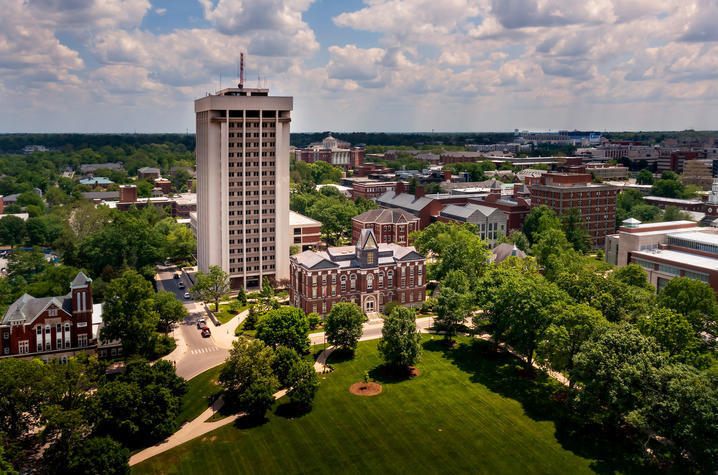 The University of Kentucky Photo by Mark

The University of Kentucky is suspending all activities for new members of its IFC fraternities as the college continues to investigate the death of a new fraternity member.

Thomas “Lofton” Hazelwood, 18, was found unresponsive at the FarmHouse Fraternity home Monday evening. The freshman from Henderson, Kentucky, died at UK HealthCare’s Chandler Hospital. No foul play is suspected in his death. Other media outlets are reporting that his initial cause of death is presumed alcohol toxicity, according to the Fayette County Coroner’s Office.

UK’s ban is on new member activities for its Interfraternity Council fraternities, which encompasses 22 of the college’s fraternities. It does not include UK’s smaller pool of special-interest and culturally-based fraternities or its historically Black fraternities that belong to the National Pan-Hellenic Council.

In addition to suspending activities for most new fraternity members on campus, the college is also requiring new training for all IFC council members on bystander intervention, hazing prevention and university expectations.

“As the message indicates, these are first steps, but we believe they are important ones in communicating our obligations to our students and their responsibilities to each other and to our community,” said UK President Eli Capilouto in a letter to the “Campus Community.” “We will continue to communicate about these important issues as our investigations of this tragedy progress and as we continue to evaluate how best we can protect our community and hold each other accountable in upholding that responsibility.”

The university says Hazelwood was an agricultural economics major who was involved in campus activities and loved by his family.

“In other words , he had all the promise of youth and the potential that comes with it,” said Capilouto and UK Vice President for Student Success Kristen Turner in a previous letter to campus.

When the university completes its investigation, it says it plans to make any findings and recommendations public. UK is also offering counseling and other services to students.