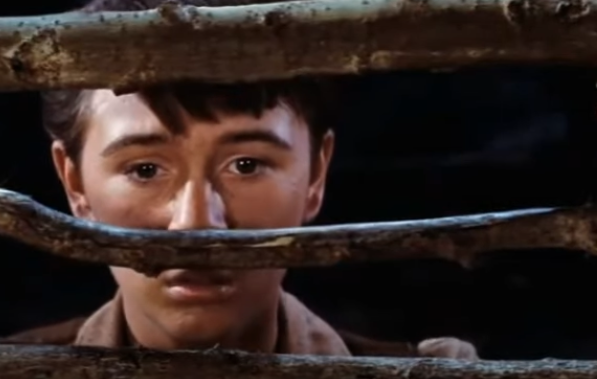 In 1954, Kirk made his stage debut in a production of Eugene O’Neill’s “Ah, Wilderness!”  Shortly after he began to work in television and in 1956 landed a role as Joe Hardy in the Disney production of “The Hardy Boys.”

Kirk also had roles in “Swiss Family Robinson,” “The Shaggy Dog” and “The Absent-minded Professor” amongst others.

In 1963, when Kirk was 21 years old, he began a relationship with an underage boy. The boy’s mother discovered the relationships and reported it to Disney who decided not to renew Kirk’s contract.

After his relationship with Disney ended, Kirk took jobs with American International Pictures and began working with Annette Funicello on “Pajama Party.” It was a hit in the box office.

By 1966, Kirk’s career was spinning out of control. He was medicating himself with drugs and spending large sums of money.

“I made a lot of money and I spent it all. No bitterness. No regrets. I did what I did … I wasn’t the boy next door anymore. I could pretend to be for a few hours a day in front of the camera. But I couldn’t live it. I’m human. I’m not Francis of Assisi.”

He got himself clean by the late ‘70s and managed to finish a few more films before retiring in the ‘90s. In 2006, Kirk was inducted into the Disney Hall of Fame.

Kirk died at his home in Las Vegas.