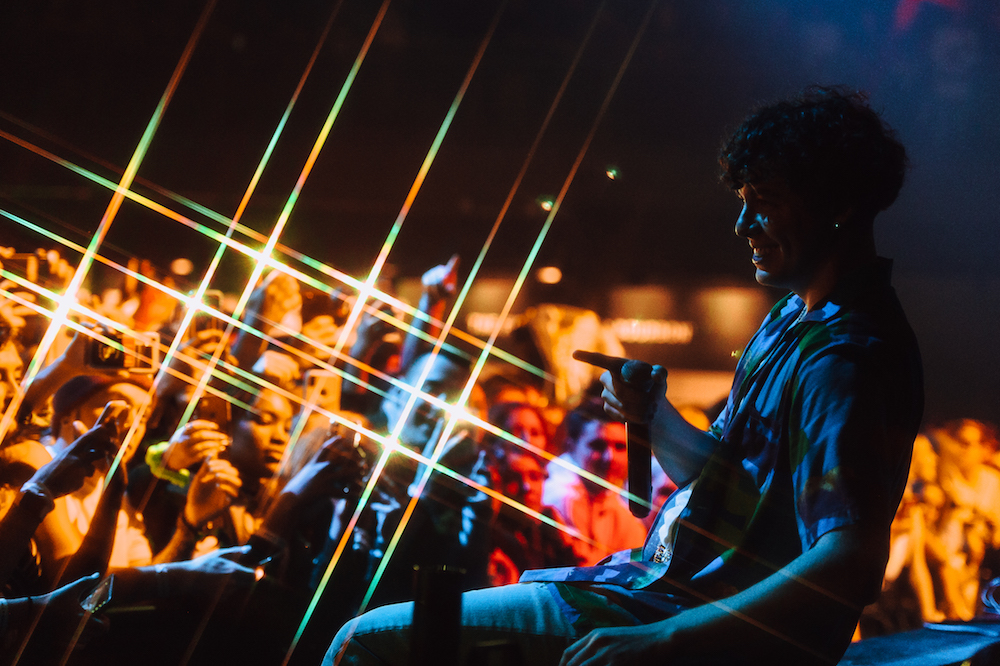 Superstar Louisville-born rapper Jack Harlow, whose single with Lil Nas X, “Industry Baby,” reached No. 1 on the Billboard Hot 100 earlier this week, announced recently that he would be doing five shows in his hometown this December.

This morning, tickets to most of his shows went on sale at 10 a.m. –– and, within less than five minutes, they were all sold out. (Tickets to his Zanzabar show sold out earlier this week during presale; Tickets to his Louisville  Palace Theatre, Headliners Music Hall, Mercury Ballroom and Old Forester’s Paristown Hall shows sold out today.)

I’ve literally never had this issue of not getting tickets to a concert. Louisville really loves them some Jack Harlow.

Set an alarm to wake up and get @jackharlow tickets, was in the queue for ever and then they were sold out. Hook a girl up 😩

It’s no surprise that Harlow’s shows would be so popular. In recent weeks, he made the cover of Complex magazine and donated thousands to Louisville charities. Just yesterday, he released a music video for “Luv Is Dro,” which features three Louisville artists.

Fans will still be able to buy tickets online through verified resellers as they become available, although those will likely be more expensive.

Here’s where and when Harlow will be playing in Louisville in less than two months: Dec. 14 at the Palace, Dec. 15 at Headliners, Dec. 16 at Zanzabar, Dec. 17 at the Mercury Ballroom and Dec. 18 at Paristown Hall.