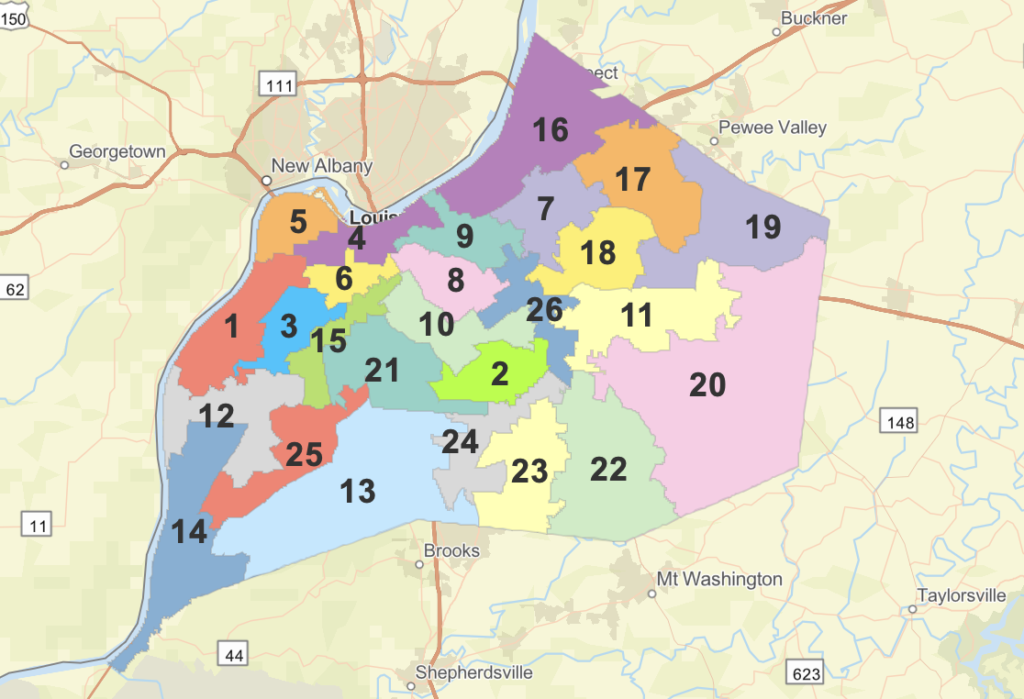 Last week, a Louisville Metro Council committee released its proposed redistricting maps, showing how the city’s council districts could change based on population shifts recorded in the 2020 census.

But, the static maps aren’t that easy to use. You can look at the proposed changes, but you can’t compare them easily to how the city looks currently.

Patrick Smith, a Louisville-based certified planner, created an interactive, online map clearly showing the difference with the help of Kentucky State Data Center boundary data: You can toggle effortlessly between the proposed map and the current one.

“…It seemed important for people to be able to search their address, to see if their district would change under this proposal,” said Smith in a Twitter message to LEO. “Council still hasnt [sic] made anything like this available.”

Use the map tool by going here.

Once you play with it, you can contact Louisville Metro Council to give your feedback on the proposed maps here. There will also be a public comment meeting held by the Ad Hoc Committee on Redistricting on Wednesday, Oct. 27 at 5 p.m.

Already, some are reviewing the maps and speculating on what it means for the city.

We’re definitely not happy about our neighborhood park being split in two districts. pic.twitter.com/xHeCN0xiIP