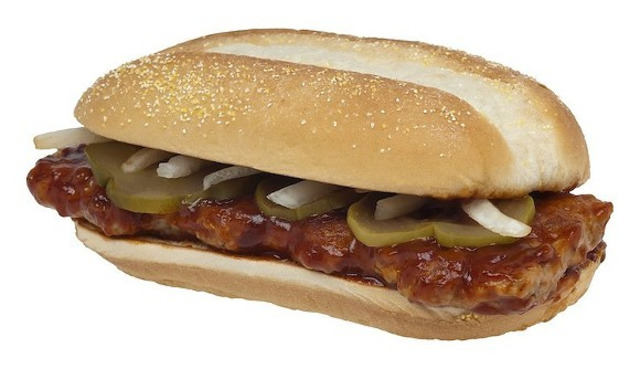 Like a particularly resilient — though also delicious — villain in a slasher film, the McRib is returning to McDonald’s menus … right around Halloween.

The McRib comes back to McDonald’s on Monday, Nov. 1, for the dreaded “limited-time only.” The unexpected re-emergence of the paradoxically boneless sandwich is in observance of its 40th anniversary.

The McRib debuted on McDonald’s menus in 1981, but just didn’t catch on. Improbably, it went on to become a cult favorite among fast foodies over the years, even figuring into a Simpsons episode, and occasionally returns to McDonald’s franchises around the country when one least expects it.