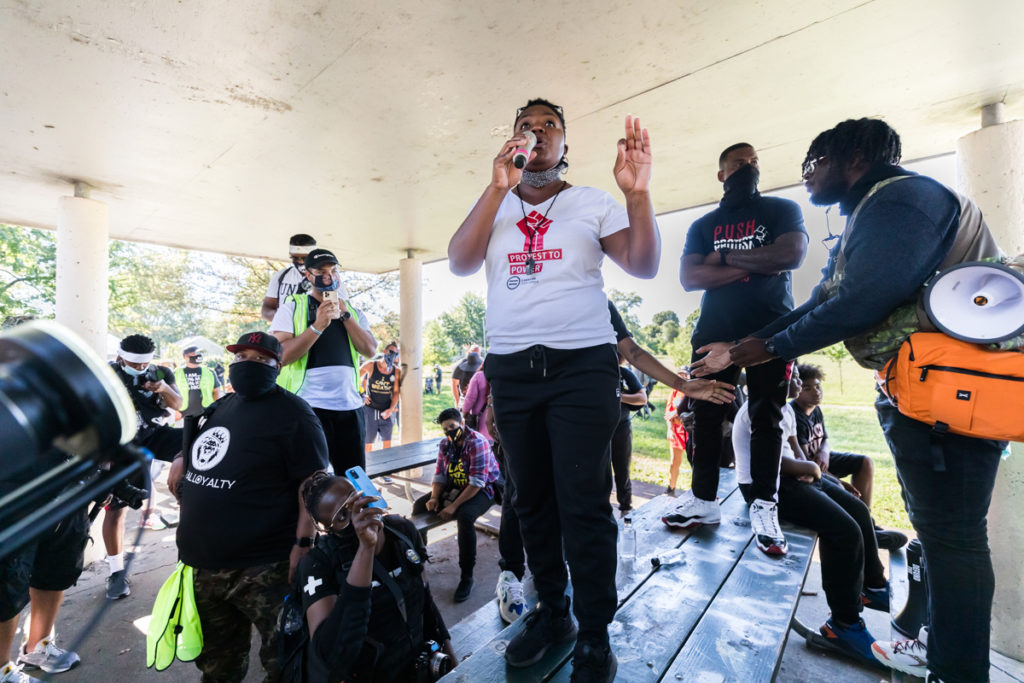 The president of the Louisville Urban League, Sadiqa Reynolds, has resigned from a controversial board managing the creation of a TIF district in the West End, and she has a message for the remaining members on her way out: protect residents.

“It is imperative that the WEOP [West End Opportunity Partnership] Board take the time to understand the potential unintended consequences with this initiative and to center the real concerns of residents, especially renters, in this planning,” she said in a written statement.

The board’s interim chair, Metro Council member David James, told LEO that Reynolds resigned because her appointment was in conflict with her position on the Federal Reserve Bank of St. Louis’s Louisville board. But, it appears that Reynolds also has concerns of her own about the West End Opportunity Partnership.

“We must keep in mind that there is no model we can point to around the country where Black and Brown communities have been invested in and residents have not been displaced,” Reynolds said. “There are many people on this Board who are aware of these realities and sincere in their desire to work to create something new and genuinely meaningful for West End residents. We urge interim Chair, Council President David James, to lead this Partnership in a way that is responsive to residents — giving residents time to speak, and moreover, hearing what they. Have to say and substantively incorporating their feedback into the planning and proceedings.”

A group of West End residents and their allies are opposing the board and the planned TIF district out of concerns that future economic development will result in displacement of residents and because they’d rather see money invested in schools and affordable housing.

The group, under the Historically Black Neighborhood Assembly cheered Reynolds’ resignation and that of her Louisville Urban League colleague Christina Shadle, claiming it was a sign that it is “winning the fight to #StoptheTIF.”

Reynolds’ resignation could have serious consequences for the board. WFPL has obtained a memo between a St. Louis Federal Reserve Bank official and a member of Gov. Andy Beshear’s administration revealing that the Bank does not want to have a member on the board. This, according to J. Michael Brown, the secretary of the Executive Cabinet for Gov. Andy Beshear, could mean that the Kentucky General Assembly will have to get involved.

The Louisville Urban League will still be involved in the board, because Reynolds said, “the fundamental concern for each of us and the Louisville Urban League continues to be around support and protections for residents of the West End, 75% of whom are renters.” Reynolds is asking Gov. Beshear to appoint Celine Mutuyemariya — a policy advisor to the Urban League on eviction prevention, houselessness and housing policy — as LUL’s representative.

A TIF district encourages economic development projects by funneling tax dollars to them. The tax money is captured as property values go up in an area. In the West End TIF’s case, 80% of any property value growth will go to such projects over the next 20 years. There is a plan in place to protect West End homeowners by freezing the amount they’ll have to pay in property taxes for that time period. But, opponents still worry that rents could go up in the area.

This Historically Black Neighborhood Association says it plans to host a panel soon, breaking “down the West End TIF and how it will impact residents and the city.” A date has yet to be announced.