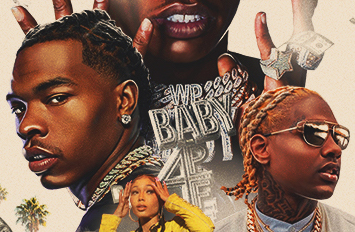 Lil' Baby will be at the Yum Center this Sunday.

Dominique Armani Jones, better known as rapper Lil’ Baby, will be playing at the Yum Center this Sunday, Oct. 10 at 8 p.m. Opening the show will be Lil Durk, Coi Leray, Bankroll Freddie and  Rylo Rodriguez.

After having some legal troubles and run-ins with the justice system, Jones started his own record label in 2017 and now, at 26 years old, he has been nominated for three Grammy Awards, two American Music Awards, two MTV Video Music Awards, and seven BET Awards winning several BET Awards and BET Hip Hop Awards as well as several ASCAP Rhythm and Soul Awards.

In 2021, Jones released projects with Da Baby, Lil Durk and even a collaboration with gospel artist Kirk Franklin.

Jones visited the White House with the family of George Floyd to mark the one year passing of Floyd at the hands of police. They met with Vice President Kamala Harris.

Jones will be at the Yum Center supporting his Billboard No. 1 collaboration with Lil Durk, The Voice of the Heroes.

There are still tickets available on Ticketmaster, starting at $36.50.