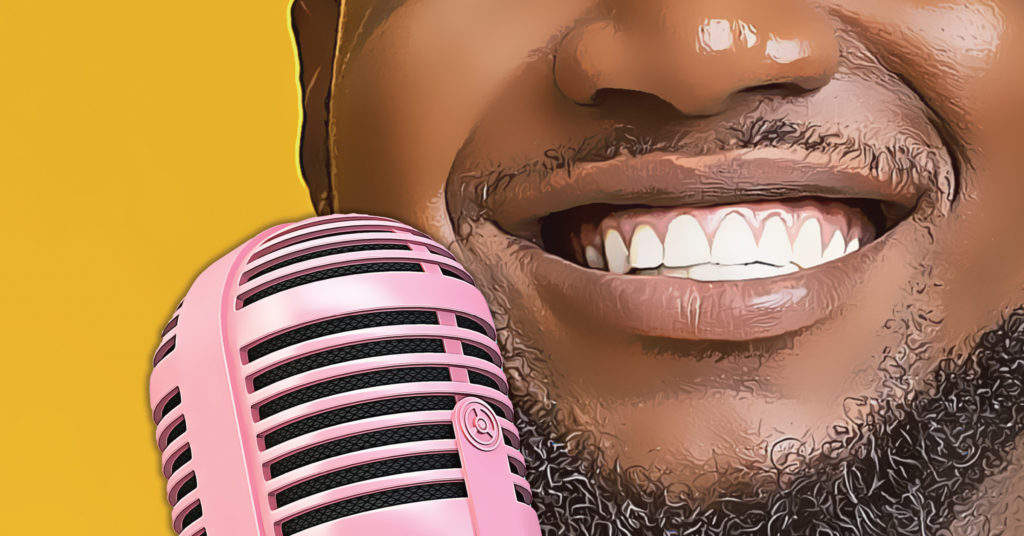 If you're not listening to Louisville radio, you should be.

It may seem like a bygone way to consume news, music and entertainment. But, if it is, why do 83% of Americans ages 12 and older say they listen to terrestrial radio in a week, according to the Pew Research Center?

“The whole adage of ‘video killed the radio star’ never happened” said Meredith, “Of course when video did come around, radio was still there; it still survived. When the internet came around, and they said, ‘Well that’s gonna kill radio,’ radio was still just as much there. And that keeps happening.”

Radio is still very much alive in Louisville where indie stations like WFPL, WFPK and ARTxFM all have name recognition — and there are many more behind them.

And, if you’re not listening, you should be.

Here are five of our favorite Louisville radio shows, and two other under-the-radar stations that you should be tuning into.

‘Kyle Meredith With…’ on 91.9 WFPK
6 p.m., Monday-Friday
“Kyle Meredith With…” is probably the biggest radio show you’ll find on this list, with national syndication and international superstar guests like Robert Plant and Paul McCartney. But, we’re highlighting this music interview show because it’s recorded locally, of course, but also because it’s popular for a reason.

Kyle Meredith’s genial demeanor and ability to dig deep with his guests are why people from around the country tune in. Meredith made an intentional decision to ask musicians about their art rather than focus on the fluff of their celebrity.

“With me it really was about digging into the album, and, I guess it’s more based on the arts that they’re doing and trying to keep it focused on that,” he said. “But within that, I’m able to figure out what they’re doing next, you know, whatever it is in that situation.”

Meredith still plays music during his show — just as he did when he started at WFPK — but he now uses the interview to inspire him to choose a theme for his playlist. And, his show continues to evolve. Earlier this year, he started interviewing people in the film and TV industry, in addition to musicians. His bridge to this new world of interviewing came in the form of actors who are also musicians, like David Duchovny of “The X-Files.”

“I’ve been doing music and I’m going to continue doing music interviews but I’ve been doing them, you know, in earnest, for a decade now in this style, and you get to the point where you feel like you’ve asked a lot of the questions the same questions,” Meredith said. “You start thinking, like, but what’s something else that I want to do, and that was the next natural kind of thing.” —Danielle Grady

I and Eye Radio on ARTxFM
10 p.m.-midnight, Tuesday
With few exceptions, Louisville has suffered a drought of variety in hip-hop radio. Outside of the glorious moment that WGHL rebranded to classic hip-hop, Louisville airwaves have almost exclusively privileged top-40 rap and R&B. While there’s nothing wrong with that, I and Eye Radio offers a glimpse into the world of indie hip-hop, adding some much needed spice. “We —W.I.P, DJ DS and myself— pick a few songs a piece and make a playlist for the first hour and then DJ DS spins the rest of the night freestyle,” says host, emcee, and Kr8vn8vs Records label head Romell Weaver. After taking a communications course at Bethune-Cookman University, Weaver felt the pull to college radio eventually making the jump to program director of his college station. After moving to Louisville, Weaver got to work first on his career as an artist, and later as a host at ArtxFM WXOX 97.1 alongside his friends and collaborators W.I.P. and DJ DS. I and Eye Radio airs every Tuesday night from 10pm-midnight, slotting in nicely with Weaver’s busy schedule as a father, husband, amazing emcee, and label head. You can hear music from around the U.S., as well as many from Weaver’s own hits. “It definitely puts all the unsigned artist and/or indie labels in the conversation,” says Weaver of having the opportunity to highlight superlative work at his label and from the Louisville indie rap community. “Radio on all levels is still really important to up and coming musicians and artist. So support your local stations wherever you are!” —Syd Bishop

Roots n’ Boots on 91.9 WFPK
3-6 p.m., Sunday
When Michael Young angled a fill-in DJ slot with Louisville Public Media into a weekly show featuring alt-country, or Americana, music, he gave no thought to how long he’d be spinning records every weekend. Roots n’ Boots will turn 24 in April and has become a weekly mainstay on WFPK.

“I did not think there would be any way I’d be doing it for 23 years,” he told LEO Weekly. “I didn’t know WFPK would even last 23 years.”

Young started dabbling in radio while he was in the Navy, sitting in at times on the internal radio station for the ship on which he was assigned. (It didn’t hurt that he was the only sailor who brought part of his CD collection on board, despite cramped living quarters.) When the late 1990s rolled around, alternative country music was starting to hit its stride, and the budding young DJ, who grew up on artists like Waylon Jennings and Merle Haggard, was interested in the genre. The show was born of that.

To this day, he programs Roots n’ Boots himself, spending his own money on a playlist catalog he has carefully curated over the years, with artists ranging from Lucinda Williams to The Jayhawks and beyond. That’s the stuff you hear for three hours every Sunday starting at 3 p.m. – for 23-plus years. Don’t look for him to quit spinning anytime soon, either. Why?

“It’s cheaper than therapy,” Young said. “Those three hours on the air every Sunday are the happiest three hours I have that week. I love playing music that I love and sharing stories that I love with an old friend on the other side of the microphone.” —Kevin Gibson

Chiaroscuria on ARTxFM
Noon, Sundays
So named for a canonical painting mode during the Renaissance, Chiaroscuria is a series dedicated to highlighting the very best of experimental music. Chiaroscuria gave host Aaron Hartley an opportunity to explore his own musical taste through radio, specifically focusing on the more experimental side of music.

“Experimental to me is anything that breaks the mold,” says Hartley. “If you listen and think woah that’s kinda weird, I like to think that’s where experimental starts.”

It’s that looseness to defining the show that makes it stand out in a crowded market. Rather than focusing on experimentation within any one genre, however that might manifest, Hartley is open to letting his mood guide his musical selections each week, whether that’s in showcasing My Bloody Valentine, Black Midi, or Kamasi Washington.

What makes Hartley’s sets so exquisite is never knowing what to expect week-to-week. While genre-bending exceptionalism drives the series, there are times when Hartley sets that aside in favor of exploring particular styles or vibes in music, whether that’s in an all-shoegaze set one week or an entirely reggae set the next. That unique perspective has driven listener engagement, while keeping Hartley interested in coming back for more.

“I had somebody call into the studio once back when COVID first started just to say thanks for the show and that they found it comforting,” says Hartley adding that “Since my show is at noon on a Sunday, I don’t get too crazy with it, like harsh noise or something. If I can add some flavor to someone’s day, that makes it worth it.” —Syd Bishop

Sun Revolutions on ARTxFM
1-3 p.m., Saturday
As a person who frequently commutes on the weekend, on Saturdays I’m usually tuned into ARTxFM 97.1 to catch up with Sun Revolutions on the way. Each week, host DJ Clawdada (Brett Holsclaw) presents a timely playlist and commentary centered around notable musician birthdays, honoring their work. The concept was originally inspired in part by Clawdada’s own record collection and the idea “that sidemen are sometimes forgotten,” he said of launching the show nearly 10 years ago. “I started looking up drummers and bass players listed on my records. I consulted the jazz, soul, and R&B musician birthday calendars. I began looking up release dates as well, always adding to the charts.” With music at the forefront, Sun Revolutions is a fun and inclusive program for celebrating the artists we still love (and have yet to discover). “Vinyl was the name of the game when the show began. But in light of the pandemic, all the WXOX-LP DJs have been broadcasting from home,” he adds. “I have no vinyl to laptop to broadcast set up at home. However, I’ve been able to rethink the non-genre specific format, with strictly digital playlists, that bring the BIPOC voice to the top of each playlist. Lady musicians are played first. I vowed that until we have justice for Breonna Taylor, this format will remain!” – Lara Kinne

Xtendsound, WXND 100.9
After Crescent Hill Radio shut down at the end of 2019, a group came together last year to save the revered 100.9 frequency and keep it indie, renaming the channel Xtendsound, and moving it to a room above Rainbow Blossom in St. Matthews. It’s a low-frequency channel, so you have to be pretty close to hear it, but over the years, the people behind the scenes have amassed an impressive collection of Louisville and Kentucky music, keeping their ear to the ground of this rich and versatile scene.

“With a grassroots community effort, it took community members, sponsors, and Xtendsound board members to know the importance of radio and love to share it,” said Station Manager Kara Richardson.

Saving a station during a pandemic wasn’t easy, but Richardson said community radio is worth it because it is irreplaceable.

Richardson said the stations goals are,“Playing local music, new music. You can discover happenings in the community, listen and learn about educational programs and other nonprofit organizations in your area.  And let’s not forget the life-saving services of the Emergency Alert System.  Spotify can’t save your life in times of bad weather or special alerts. Community access to the airwaves are forever important.  In times of emergencies and to celebrate each other in our communities.” —Scott Recker

WNAS 88.1
This list wouldn’t be complete without mentioning WNAS 88.1, a student-run radio station broadcasting in Southern Indiana by high school students — it’s actually the first FM student-run station to be licensed by the FCC, first airing in 1949. It’s an innovative force at the corner of radio and journalism and an important piece of local history. —Scott Recker