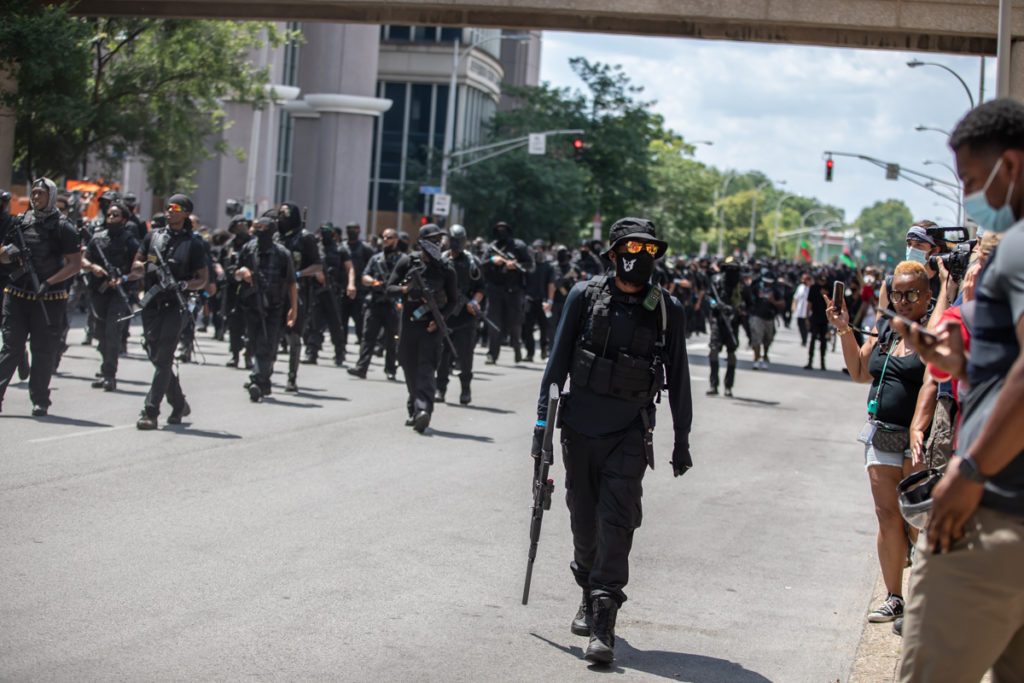 The Not Fucking Around Coalition on one of their trips to Louisville. | Photo by Kathryn Harrington

The leader of the Not Fucking Around Coalition, John “Grandmaster Jay” Johnson, has been indicted locally.

A Jefferson Circuit Court grand jury charged the Black militia leader with five counts of wanton endangerment in the first degree for pointing his rifle at law enforcement during his march in Louisville in September of 2020.

Each charge is a Class D felony and comes with 1 to 5 years in prison.

Johnson also faces federal charges for his actions in Louisville.

Johnson never fired his gun when he walked with other militia members in the downtown area the night before the Kentucky Derby. But, he did allegedly point his firearm at Louisville police officers and an FBI agent and Secret Service agent who were surveilling the scene from a rooftop, according to the federal criminal complaint against him.

Officers said that they felt threatened by Johnson pointing his gun at them.

In a petition being circulated by Johnson’s supporters, they say that the militia leader was unaware of who was on the rooftop.

Johnson came to Louisville twice in 2020 amid the city’s protests over Breonna Taylor’s death. Before his Kentucky Derby visit Johnson said, “If you want to send a message, sometimes you don’t burn down the city — you burn down their wallets.”