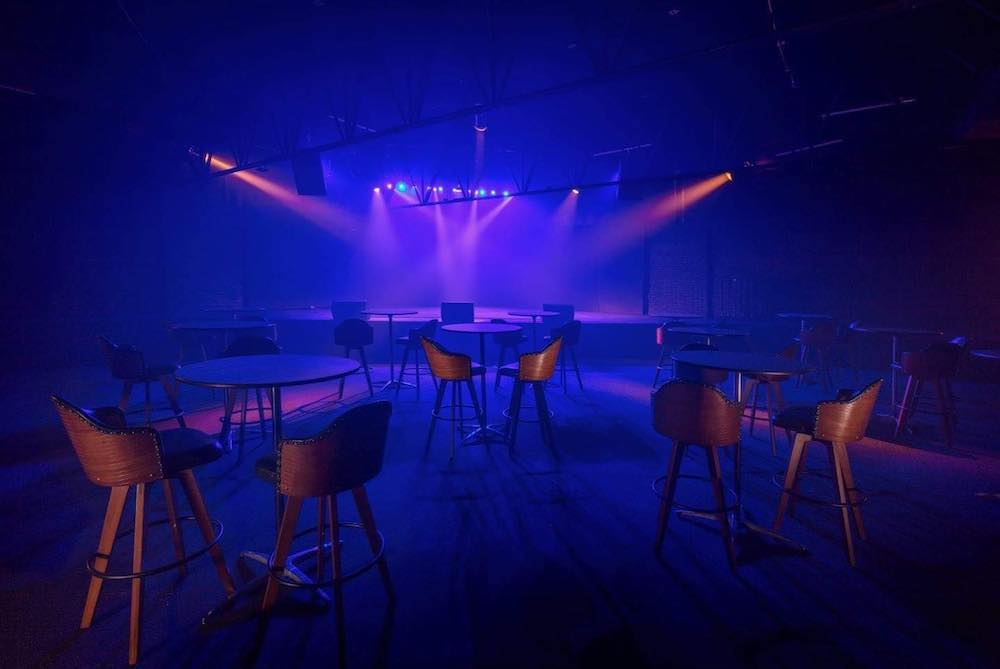 Odeon's old venue space, which Against the Grain is taking over and renaming The Whirling Tiger.

The Whirling Tiger, a concert space with a bar, will debut to the public this Saturday, Oct. 30, with a Halloween party called “Freak for All.” It’ll feature sets by four local DJs: Sam Sneed, McKinley, Slim Thicc, and Vane. Tickets will be $10.

The new venue’s name comes from an 1890 Courier-Journal article about a deadly tornado that demolished scores of local buildings — except the one where the The Whirling Tiger itself will be. It’ll fill the space at 1335 Story Avenue, which once housed the Odeon.

The Whirling Tiger is co-owned by Sam Cruz, who also co-owns the Against The Grain chain of breweries.

The brewery owners also recently took over Another Place Sandwich Shop and Jimmy Can’t Dance as the businesses struggled during the pandemic.

Cruz told LEO that the new The Whirling Tiger already hit a few roadblocks: When members of the original construction team he’d hired got sick, the search for new contractors meant that the original work fell behind schedule. One of his biggest structural concerns was in mitigating some of the preexisting noise concerns from nearby residents.

“We’re doubling down on being good neighbors,” Cruz said. “The investment that we’re putting in [on] soundproofing the room and muffling what would escape is pretty significant.” He also told LEO that he and the Whirling Tiger’s other co-owners are working with other local breweries and businesses on an event called Butchertown Nights, when bars in the area will stay open later to draw foot traffic.

The Whirling Tiger’s official grand opening will be on November 19, and Cruz has already booked a few artists to play shows in November, though he’s keeping the names a secret for now.