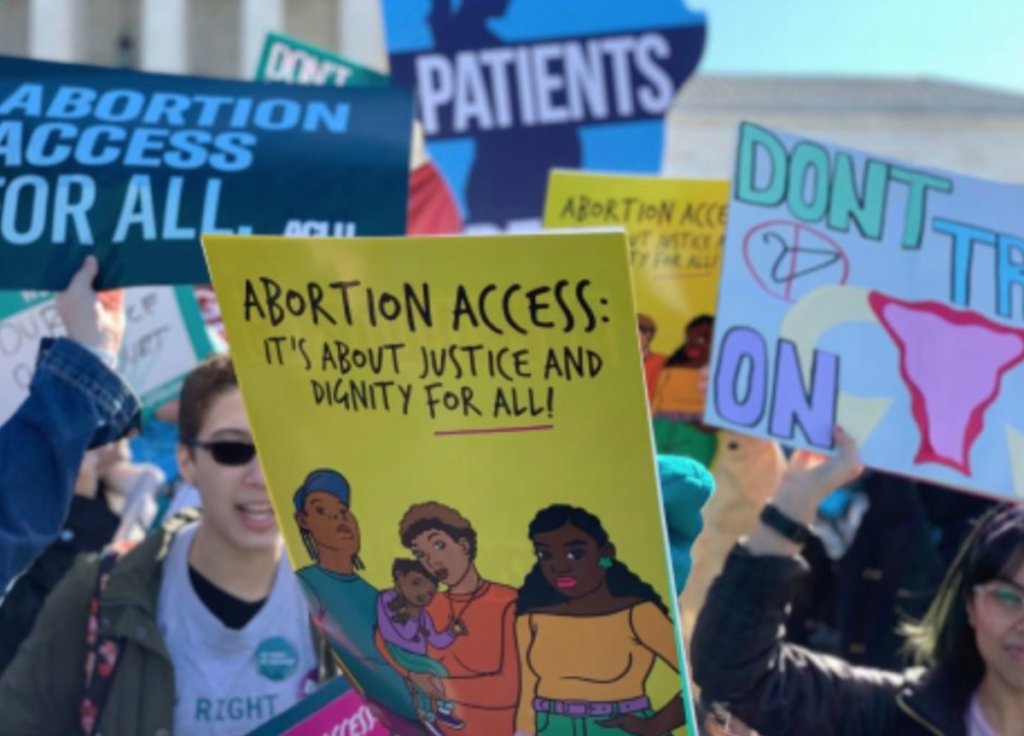 With the threat of a Kentucky abortion law akin to the one enacted in Texas hanging over the state, progressive organizations from around the bluegrass have planned a “Rally for Abortion Access” at Louisville Metro Hall on Saturday, Oct. 2.

Organizers say that the rally, which starts at 10 a.m., was sparked by the Texas abortion law, which bans abortions after around six weeks of pregnancy. What makes the law different from “heartbeat bills” in other states including Kentucky is its enforcement mechanism, which allows private citizens to file lawsuits against someone who “aids or abets” an abortion, whether they be the Uber driver who transported the patient to the clinic or the doctor who performed the procedure.

The success of Texas’ anti-abortion law in the courts has advocates worrying that a flurry of states will propose similar bills. Kentucky state Sen. Whitney Westerfield has already publicly toyed with the idea of the General Assembly adopting some of the Texas law’s language in the next legislative session.

Tamarra Wieder, the state director of one of the groups organizing the rally — Planned Parenthood Alliance Advocates of Kentucky — said that Kentucky has “already been volatile when it comes to abortion extremists.”

“I mean, it’s a very scary situation that we’re going to be embarking on,” she said. “And, you know, with the court failing to act on [the Texas law] at the Supreme Court level, it’s really signified an opportunity for the extremist legislators to take advantage of this and to further politicize the lives of Kentuckians and put them in jeopardy.”

Saturday’s rally, which will last about an hour, is meant to turn the current energy around the pro-abortion movement into action.

Wieder isn’t just concerned about the Texas law. She is also looking toward the 2022 election season, when an anti-abortion constitutional amendment is scheduled to appear on Kentuckians’ ballots. The amendment, if approved by voters, would alter the Kentucky Constitution to say that it does not “secure or protect a right to abortion or require the funding of abortion.” This would pre-empt any court rulings if the U.S. Supreme Court decides to overturn Roe v. Wade.

This is serious, Wieder said, because it is harder to change the Kentucky Constitution than it is to overturn a typical anti-abortion law.

Kentucky’s Republican supermajority has successfully passed several anti-abortion laws in recent years, but they have disappeared into the courts system, keeping abortion legal in the bluegrass.

There have also been pro-abortion laws introduced by Kentucky Democrats, but they have not had success. Still, that has not stopped progressive state lawmakers from continuing to introduce their bills. On Thursday, Sept. 30, Reps. Mary Lou Marzian and Lisa Willner, both from Louisville, pre-filed a bill that would guarantee Kentuckians’ right to an abortion.

“In the nearly 50 years since Roe v. Wade was decided, abortion opponents have waged a war on women that has regrettably chipped away their constitutional right to choose what happens to their own body,” said Rep. Marzian, the bill’s chief sponsor, in a statement. “Texas’s recent legislation to essentially create an anti-abortion ‘police force’ of private citizens, and the U.S. Supreme Court’s refusal to stop its implementation, opens a dangerous new front that we must stop from taking place in Kentucky and elsewhere.  The legislation we are filing will do that.”

At Saturday’s rally, Wieder said that participants will be presented with opportunities to get involved with the movement.

“In Kentucky, there is so much work to do on abortion justice and reproductive rights, and we have a big fight ahead, especially with the constitutional amendment on the 2022 ballot,” she said. “And so this is all hands on deck, and it’s time for people to, of course, show up, but then show out for these needs that we’re going to have the next year.”

There are several planned speakers from the various organizations involved in planning the rally. Those orgs include the Kentucky Religious Coalition for Reproductive Choice, SisterSong, the Kentucky Fairness Campaign and more. Some groups that are supporting the rally but won’t have speakers are the Kentucky Black Birth Workers Alliance and the ACLU of Kentucky.

Rally-goers can bring their own signs, but organizers will also be giving out flags to participants.