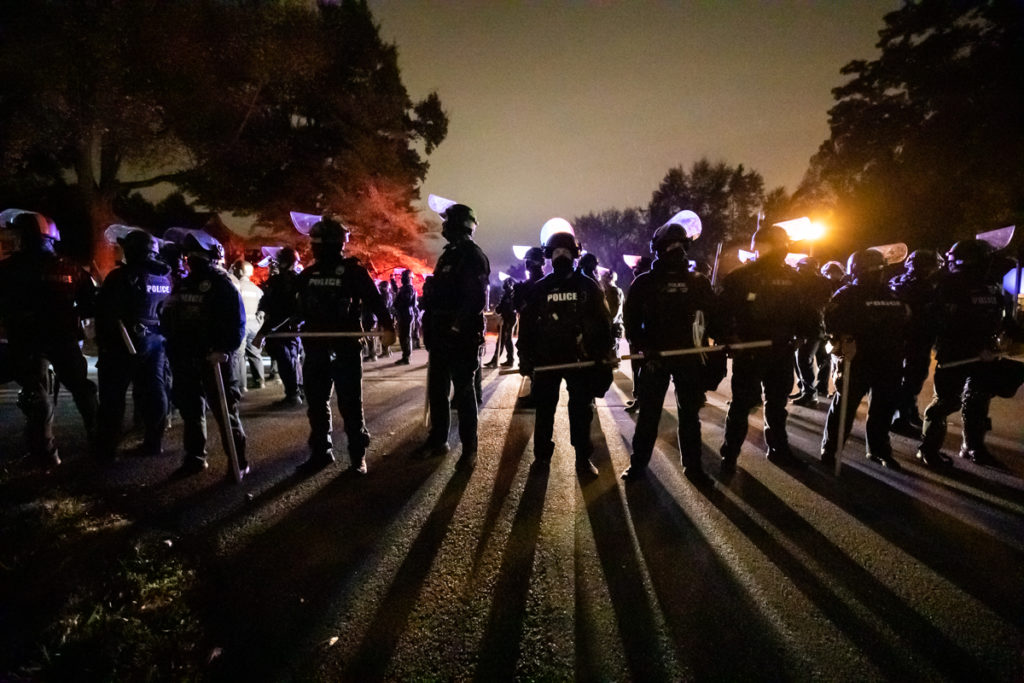 Even with the findings of the Department of Justice’s wide-ranging probe into LMPD still many months away at the earliest, Louisville’s police force said Monday that it knew it would have to make changes and would do so proactively.

But doing so will come at a cost: Between $8 and $10 million annually on reforms — and measures to monitor those reforms — according to a consultant hired by the city.

The DOJ, which launched its investigation in April of this year, could take another 12 months or so to make determinations said Matt Golden, the city’s chief of public services. But Golden presented outside oversight as the most likely outcome of the investigation, and said that by making changes as soon as possible, the city could potentially shorten any federally-ordered consent decree.

“We want to make sure that we’re making those changes proactively and getting out ahead of this to make sure we’re doing things the right way,” he said. “So what you’re going to see over the course of time is some changes structurally to the way we do things.”

Among the changes proposed are a new “accountability and improvement” bureau within LMPD that would be “highly civilianized,” according to Humphrey. The police force will also implement a “system of audits” to give “real-time, consistent feedback” on the force’s operations. Both the quantity and quality of training would be improved, Humphrey said, and the police force would hire an academic director for its training academy.

Danny Murphy, a police reform consultant hired by the city who previously worked with the New Orleans Police Department and Baltimore Police Department as those organizations went through DOJ-ordered consent decrees, described the $8 to $10 million as “a starting point for conversations about what the expected costs could be.”

Breaking down the costs, Murphy said about $3 million would have to be spent on reform staffing, $2 million for a monitoring team to oversee the implementation of reforms, $3 million for technology modernization, $1 million on training, community surveys, studies and other programs. The cost of facility upgrades and legal expenses on a presentation shown by Murphy were listed as “TBD.”

“Those efforts are an investment in your city,” Golden said of the proposed reforms.

“Taxpayers, as usual, get sacrificed at the altar of political incompetence. And that’s exactly what’s going to happen here,” he said.

Taxpayers of Louisville will have to cough up $8-10M for at least 5 years (average is 10) to pay for the DOJ investigation resulting from the Mayor’s failure to lead LMPD. As usual, the taxpayer gets sacrificed at the alter of political incompetence.

On Twitter, Councilman Jecorey Arthur, D-4, criticized the police department potentially getting more money in response to a DOJ investigation that was sparked by allegations of overpolicing and misconduct.

Today when I found out the DOJ recommendations for LMPD would cost our city up to $10 million annually — to be added to the police budget. pic.twitter.com/Y4uKNYQQLP

On Tuesday, Louisville Mayor Greg Fischer proposed using $35 million of American Rescue Plan funding to pay for public safety reforms recommended by Hillard Heintze’s review of LMPD and DOJ recommendations. The $35 million was part of a proposal to spend $262.9 million of federal COVID relief funds, including $78 million on public safety.

Announced by U.S. Attorney General Merrick Garland in April, the DOJ investigation is looking at whether LMPD engages in discriminatory policing and whether it conducts unreasonable searches, seizures and arrests. The probe is also looking at use of force by LMPD officers against protesters. The announcement of the investigation came just days after the DOJ said they would be investigating the Minneapolis Police Department.

Humphrey ended by underlining that LMPD had to change — but that he was optimistic about its ability to improve.

“There’s nothing positive about the DOJ coming in and investigating your police department. We don’t want to be here. We don’t want to be in a position where the Department of Justice has to come in and say you did wrong,” he said. “What I am is, I’m pretty optimistic about what we can come out of this with. And what we can come out of this with is a city and a police department that has a culture of improvement, that understands exactly how we’re going to act, exactly what we’re going to do and we ultimately are safer and better for the community.”