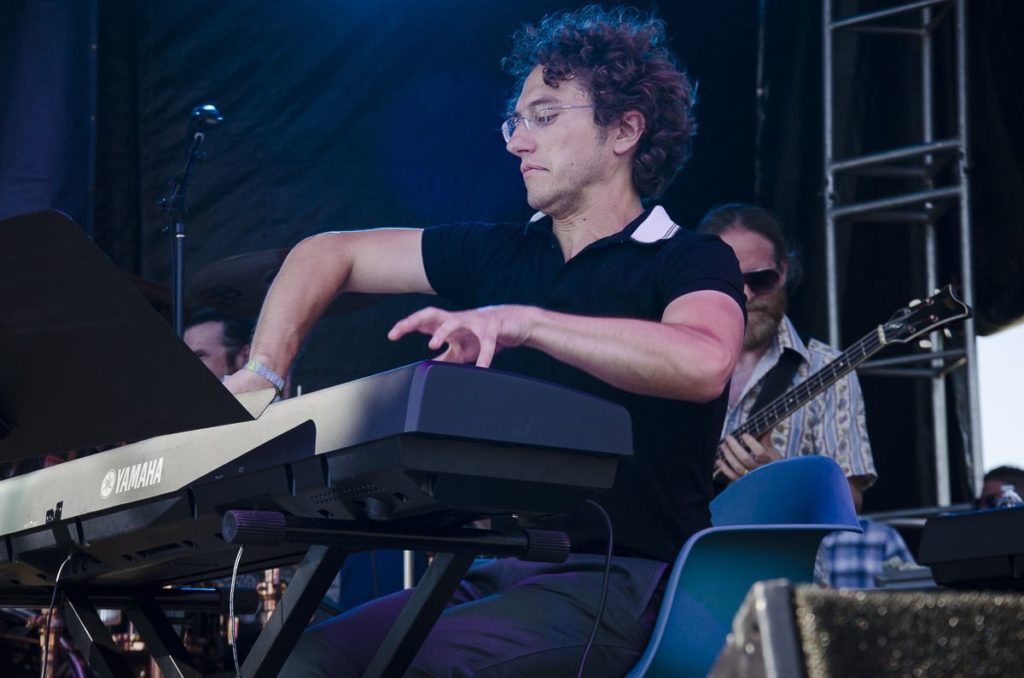 Teddy Abrams performing at Forecastle in 2016. |. Photo by Nik Vechery.

This is a prestigious award for Abrams, who has served eight seasons as Louisville Orchestra’s conductor. Past recipients of the Musical America Awards’ Conductor of the Year title include the current music director of the New York Philarmonic Jaap van Zweden and Michael Tilson Thomas, the director of the New World Symphony and Abrams’ mentor, who started working with Abrams when he was 12 years old.

Abrams, who is now 34, said in a video posted by the Louisville Orchestra that he sees the award as a reflection of the work that the orchestra and Louisville has done together since he took over, changing the institution so that it genuinely impacts the people who live in the city.

“To have a civic organization like an orchestra, it is not enough, if we take the name of Louisville in our title, to simply play great concerts,” he said. “We have to positively impact the lives of Louisvillians. We have to make our city a better place.”

The Louisville Orchestra started its 2021-22 season in May. The plans for this year’s in-person shows iinclude six world premieres, works by composers of color and women, a three-part Latin American music festival and the first concert in a multi-season series exploring Black and Jewish music.

Winners of Musical America Awards are based on overall achievement and Abrams will be honored at an invitation-only ceremony.

Abrams said the award is also a call to action for the future of the Louisville Orchestra and its community-driven efforts.

“Because it’s just the beginning,” he said.