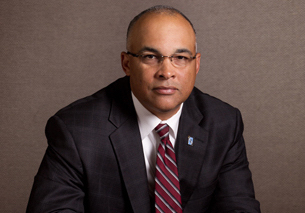 Yesterday, Mayor Greg Fischer and the Civilian Review and Accountability Board advanced Edward W. Harness as their choice to be the city’s first inspector general, a new position in Louisville that can investigate police misconduct, and examine the patterns and practices of the LMPD.

Harness is an attorney, but he also was a police office for 12 years in Milwaukee and previously served as the executive director of the Albuquerque Civilian Police Oversight Agency in New Mexico.

His appointment to the position is pending approval from Metro Council.

“Mr. Harness has a rare combination of qualifications and skill sets that make him imminently qualified to serve as the inaugural leader of the Louisville Metro Office of Inspector General,” said Jennifer Green, who is the chair of the civilian review board.

Fischer added that he thinks it’s a step in the right direction of rebuilding trust within the community.

“Ed’s leadership background and his set of unique life experiences will no doubt help us to strengthen the trust between our residents and our police officers, and move us a step further in achieving our goals of racial justice and equity,” Fischer said. “This is the latest step in our city’s work around public safety reform and there’s much more work to be done, so I welcome Ed’s insight and knowledge about these important issues.”

The Inspector General’s office will be overseen by the Civilian Review and Accountability Board — an independent 11-person group that can initiate investigations, which was established by a Metro Council ordinance last year. Both the board and the IG’s office have investigation powers and the opportunity to recommend action and punishments, but the police chief is the only city official with disciplinary power over LMPD officers.

In a statement, Harness said he was honored to be selected and is excited to help the city with police reform.

“I look forward to working side-by-side with the team in Louisville and playing a pivotal role in helping the city move forward and engage with the ongoing Department of Justice investigation,” said Harness.