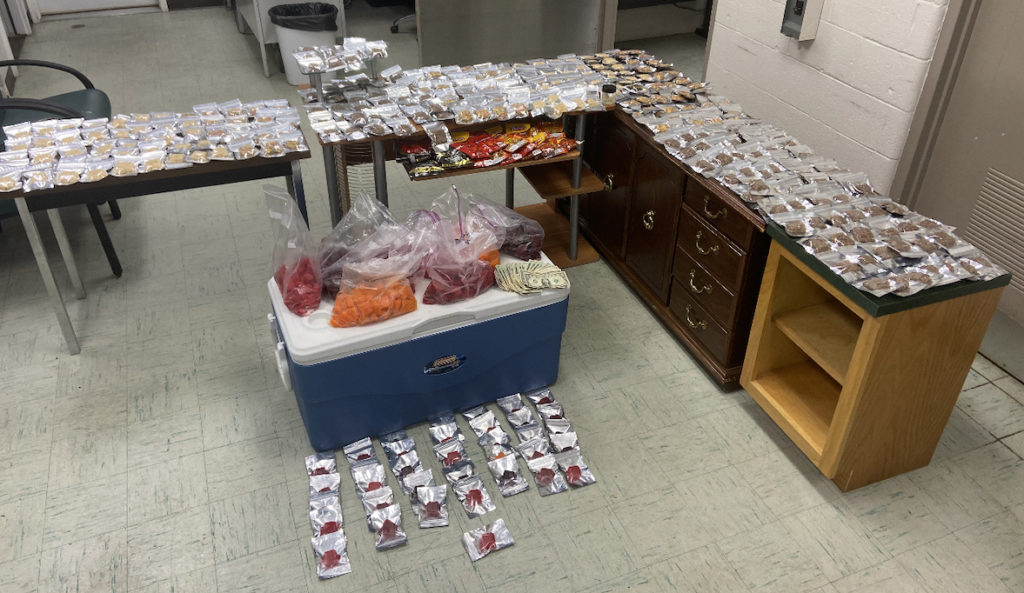 The drugs that the Edmonson County Sheriff's Office says it seized during the Redneck Rave.

There were no impalements at last weekend’s Redneck Rave in Blue Holler, Kentucky. No throats slit. No choking.

There were nine arrests and 17 citations, according to the Edmonson County Sheriff’s Office, but mostly for drugs and traffic violations — including what might have been the county’s largest drug bust. Over five pounds of suspected marijuana and THC edibles were found in one driver’s car.

At LEO, we call that a successful party.

June’s Redneck Rave was not as calm, and yes, there were reports of someone being impaled by a log, another person’s throat getting slit and an attendee choking their partner the point of unconsciousness.

The Redneck Rave is billed as the “world’s craziest and wildest country party” and promises “mud, music and mayhem.” Sheriff Shane Doyle attributed the comparatively sanguine atmosphere at this weekend’s festival to “lower attendance,” “possible measures taken by the event coordinators” and “precedence set” from a law enforcement presence at the June event.

There was only one injury reported to the sheriff’s office; an ambulance was called for someone experiencing a seizure. Besides the drug and minor traffic violations, one person was arrested for two active warrants “stemming from attempted murder, assault, and wanton endangerment charges/indictment.” Law enforcement also arrested four others for allegedly operating their motor vehicles under the influence of alcohol.

“This event went off much better than the previous one from June,” said Doyle in a statement, continuing later, “We encourage tourism into our beautiful community, but as I’ve stated before, we expect everyone to be respectful of the county and the law when you get here.”