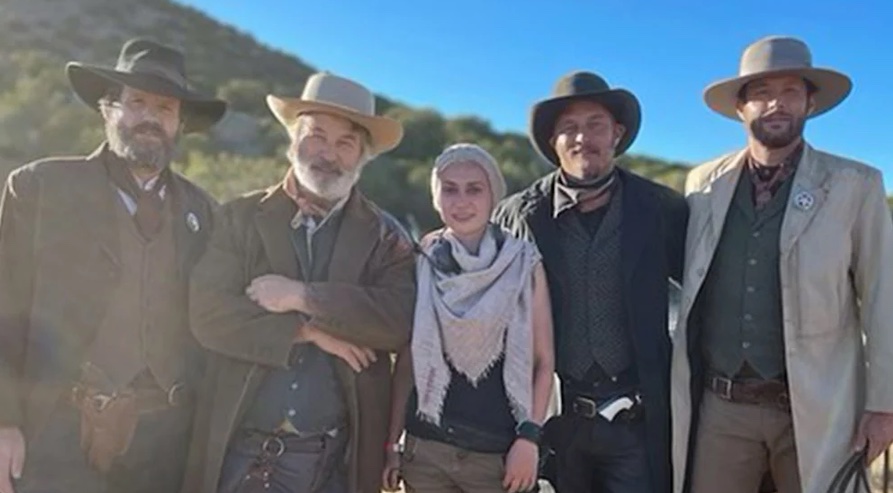 As actors, film crews, and movie fans around the world reel from the tragic death of cinematographer Halyna Hutchins on the set of the movie “Rust,” one Kentucky actor involved in the film has shared a touching tribute to Hutchins’ work and life.

Josh Hopkins, a Lexington native whose numerous TV credits include “Quantico,” “True Detective,” “Cougar Town,” and “Ally McBeal,” was slated to appear in the Western film “Rust,” starring Alec Baldwin. He shared an Instagram post two weeks ago that showed him in cowboy apparel on an Old West-themed set in Santa Fe, New Mexico.

Hopkins also shared the link to an online fundraiser to establish a scholarship in Hutchins’ memory.

On Oct. 22, Baldwin tweeted: “There are no words to convey my shock and sadness regarding the tragic accident that took the life of Halyna Hutchins, a wife, mother and deeply admired colleague of ours. I’m fully cooperating with the police investigation to address how this tragedy occurred and I am in touch with her husband, offering my support to him and his family. My heart is broken for her husband, their son, and all who knew and loved Halyna.”

Crew members who had been working on “Rust” have since spoken out about unsafe working conditions and long hours on-set. At one point in production, union crew members walked off set and were soon replaced with non-union crew.

Other cast and crew members have shared loving tributes to Hutchins. “Supernatural” star Jensen Ackles, who was slated to appear in “Rust” as a character named “Wood Helm,” posted on Instagram, “There just aren’t enough words to express what an immense loss this is. She will be incredibly missed by all of us who knew and admired her.”