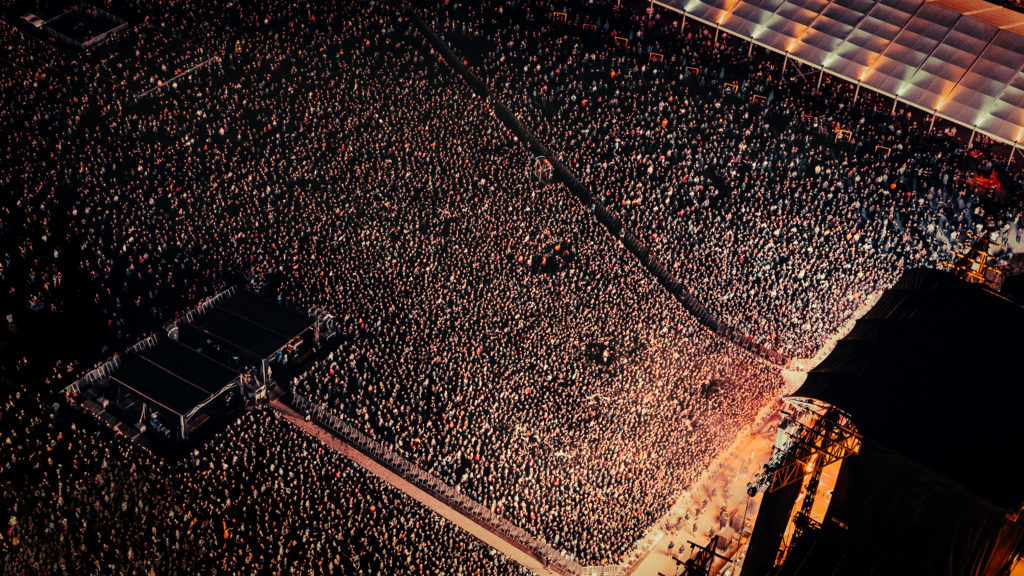 The crowd at Louder Than Life 2021. | Photo courtesy of Danny Wimmer Presents

According to a statement from Faulkner on the band’s website, he was sent to UofL Health’s Rudd Heart and Lung Center quickly afterward and went into an emergency open heart surgery that lasted for more than 10 hours. “Painkiller” was the band’s final song of the set on Sunday, Sept. 26. They were the second last band to perform that night, with Metallica headlining.

“As I watch footage from the Louder Than Life Festival in Kentucky, I can see in my face the confusion and anguish I was feeling whilst playing ‘Painkiller’ as my aorta ruptured and started to spill blood into my chest cavity,” Faulkner said in the statement. “I was having what my doctor called an aortic aneurysm and complete aortic dissection. From what I’ve been told by my surgeon, people with this don’t usually make it to the hospital alive.”

Faulkner said that he has no history of heart problems, and that he is grateful for all of the support that was shown to him.

“I’ve been moved to tears and humbled by friends, family, my fantastic band, crew and management and also you guys sending me videos and messages of love and support during the last week – I thank you all so much and although I have a recovery road ahead of me, as soon as I’m able to get up and running again, you’ll be the first to know and we’ll get back out there delivering the goods for you all…!”