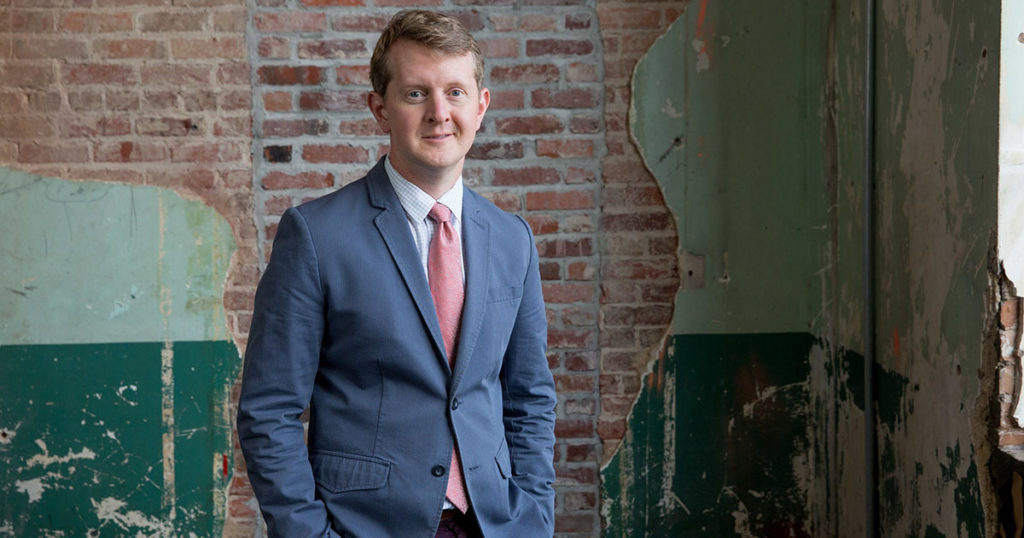 Jennings will host a free talk from 7 p.m.–8 p.m. on Thursday, Nov. 4 in the Paul W. Ogle Cultural and Community Center at Indiana University Southeast. He’ll discuss artificial intelligence and his experiences on the game show, including his match against Watson, the IBM supercomputer.

Jennings was originally supposed to have spoken at IUS in early April 2020, but the talk was postponed due to the pandemic.

Jennings was originally a computer programmer in Utah before he appeared on “Jeopardy” in 2004. He won $2.5 million from 74 games in a row, making him the “Jeopardy” contestant with the largest number of consecutive games won and the highest amount in winnings during a regular season. He has since gone on to author a dozen books, write the “Kennections” column in “Mental Floss” magazine, co-create the podcast “Omnibus” and make appearances on “Sesame Street” and “The Simpsons.”

RSVP here to get your ticket.