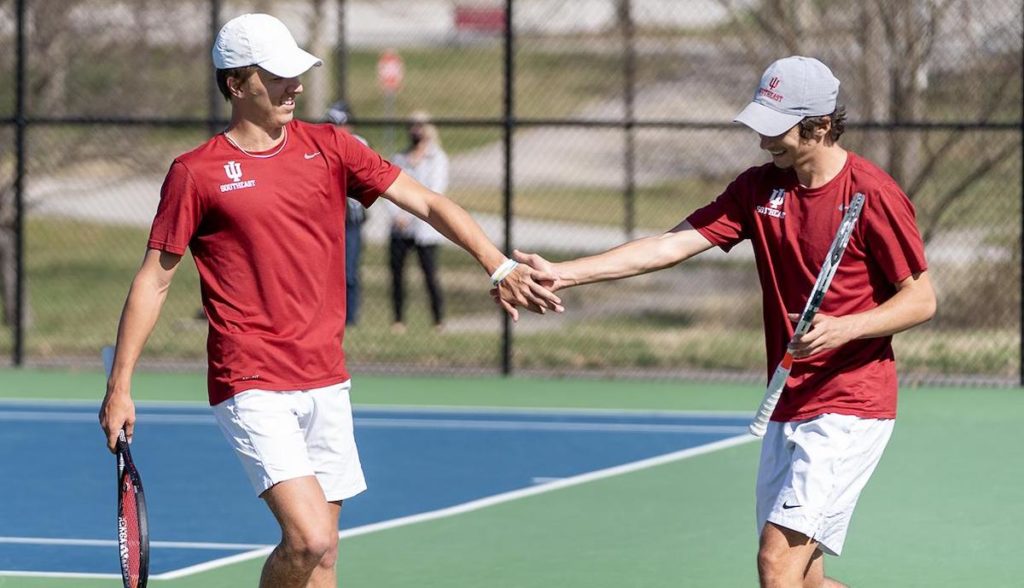 In my TEDx Talk, I discuss how toxic masculinity in collegiate organizations leads to behavior such as sexual assault. Whether it is a head football coach covering up allegations made against his future Heisman-winning quarterback or the purchase of escorts to serve as a way to entice basketball recruits, athletic programs across the country have long struggled with issues of sexual misconduct.

But, several organizations and initiatives are working to prevent future cases.

Willamette University’s Healthy Masculinity Program and Michigan State’s Spartan’s Against Violence initiative are extremely important when setting examples for others.

Here in Kentuckiana, Indiana University Southeast’s Athletic Department is creating a blueprint of healthy social sexual education for its student athletes. As athletic director Joe Glover states, “We have a responsibility to help our student athletes become better people and this plan does just that.”

IUS — where I work as the director of Staff Diversity and Equity and the Deputy Title IX Coordinator — has an athletics department made up of three men’s teams, four women’s teams and three coed sports programs, including cheerleading, pep band and club bass fishing. The teams compete in the National Association of Intercollegiate Athletics (NAIA), which has a program dedicated to developing positive values in students.

Implementing a sexual assault prevention game plan weaves right into these principles, according to Weaver. “If you are showing respect, you won’t be sexually assaulting someone. If you are being responsible, then you will report assault when you see it. So, this plan runs parallel to the values we are looking to encourage.”

The game plan at IUS starts with all their teams receiving Title IX training. The training informs the athletes about the university’s sexual misconduct policy and helps them sort through different misconduct definitions, such as the difference between sexual harassment and sexual discrimination. The athletes are then made aware of the different on and off campus resources available to them, such as the university counseling center and the Center for Women and Families, one of the university’s closest community partners. From there, the male athletes engage in a workshop that deconstructs sexual consent. The men learn the different types of consent, how consent can be withdrawn at any time after it has been given, and the role alcohol plays in nonconsensual sex. They also learn that men can be victims of sexual assault, as well. In a recent workshop with the men’s tennis team, the athletes collectively cringed at stories told of the sexual assault of a junior Canadian hockey player, which was passed off as “hazing.”

Meanwhile, the female athletes participate in a workshop designed to help students put a name to the different types of sexual misconduct that happens on a college campus. They learn how fear is sometimes utilized as the catalyst for the crime of rape as well as what the law says about the facilitation of drugs and alcohol for the purpose of sexual assault.

The athletic department also intends to begin Green Dot Bystander intervention training for their members, working with half of the athletes in December and the other half in the late spring. The University adopted Green Dot as a part of their Office on Violence Against Women (OVW) grant last year. The Green Dot training adds yet another layer to the athlete’s leadership profile. As with the Title IX training, all new incoming student athletes will receive Green Dot training at their entry point in the university.

The student reaction to these workshops indicates the positive influence the gameplan is having with its audience. Of the consent workshop his team recently completed, sophomore tennis player Michael Wright said, “Our workshop helped a lot of guys on the team understand sexual assault and realize that it is not to be taken lightly.”

Despite the positive reaction to the initial workshops, Glover stressed the importance of making sure the conversation resumes once the lecture is over. “The conversation has to continue in team meetings, on our social media, with our fans and with the local community,” he said. “That’s how we improve our culture.”

Another “down-the-road” part of the game plan is to utilize student athlete ambassadors to share the lessons of healthy social sexual practices with local high school athletes to prime them for their future roles as college athletes. Weaver has faith in the positive influence her athletes are capable of, stating, “College athletics is about so much more than playing a sport. Our athletes have the potential to be leaders in the world. This gameplan helps them achieve just that.”