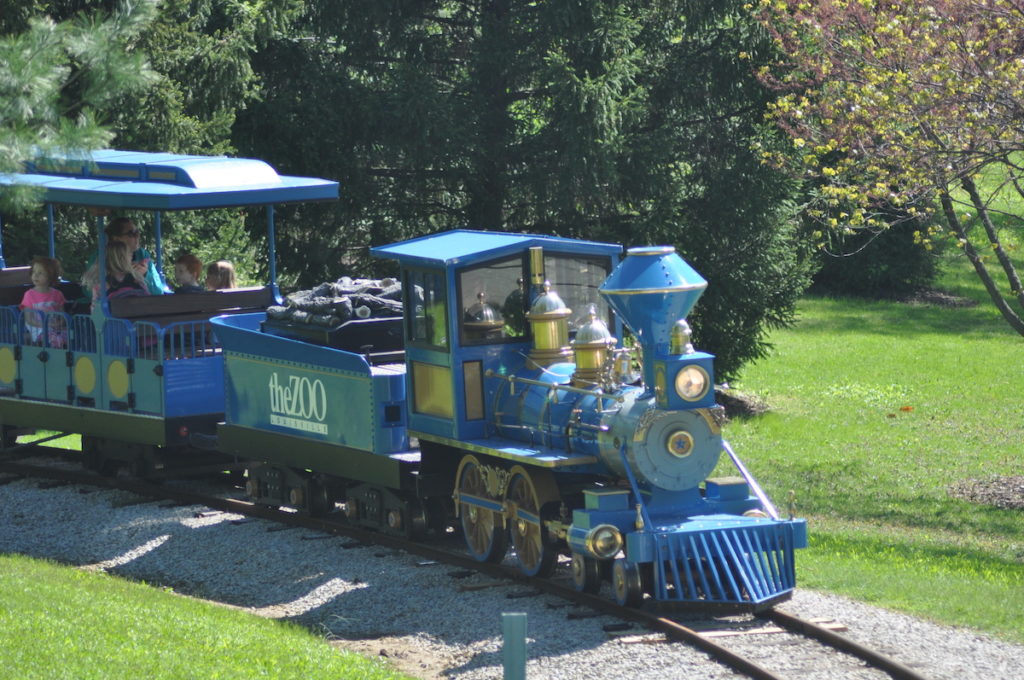 Ready to be a conductor? This train is up for bid. | Provided photo

If you really miss the trains at the Louisville Zoo, and you happen to be a really rich person with throw-around money, you can now bid on both of the trolley-like transporters that once took patrons around the park to see the lions and tigers and bears.

The Metro Government has put both of the Zoo’s trains up for auction on All Surplus with the blue Miniature 24 Gauge Passenger Train listed at $70,000 and the yellow version of the same model up for $50,000. Both trains include an engine, tender and three coaches.

The trains stopped running after a sinkhole in an undeveloped part of the Zoo collapsed near one of the track’s tunnels. An engineer recommended that the Zoo cease operations, and rerouting the trains would have cost around $1 million, according to a statement from the Zoo.

“The Zoo continues to search for alternative attractions and all options pose additional cost,” the statement also read. “We understand the disappointment that this news may cause our guests, but rest assured we are still working to advance the Louisville Zoo with new exhibits, attractions and events to ensure our guests have the best experience possible.”

“It is not practical or financially responsible to keep the trains inactive as this valuable equipment depreciates,” the statement continued.

The sinkhole also collapsed part of the roof of the Louisville Mega Cavern, which filed a lawsuit against the Zoo, blaming the construction of a Zoo drainage system for contributing to the damage.

The Zoo said that they are in pending litigation and cannot comment on the lawsuit.