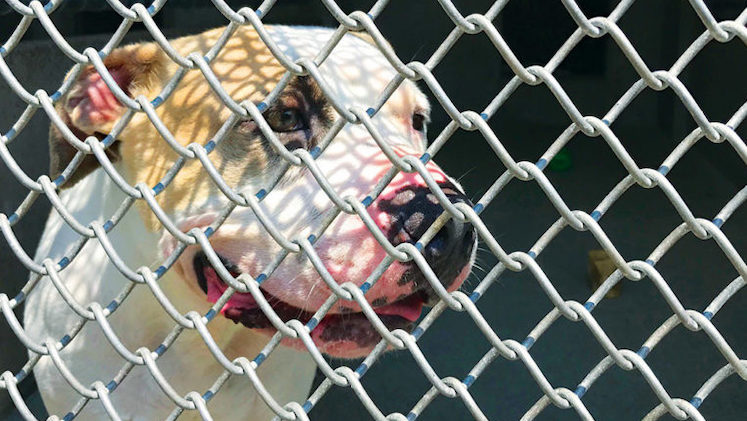 Under an ordinance unanimously passed by Metro Council on Thursday night, Louisville police and Louisville Metro Animal Services officers will be required to undergo training on the link between domestic violence and animal abuse.

Additionally, the ordinance requires that LMPD officers investigating allegations of animal abuse conduct an initial investigation to see if there is reasonable suspicion of interpersonal violence.

“This is a life-saving ordinance,” said Councilwoman Paula McCraney, D-7, who co-sponsored the legislation.

The ordinance cited studies showing a strong overlap between persons who abuse partners or family members and those who abuse animals. Among those studies is one conducted by the FBI Behavioral Analysis Unit that found that in about 60% animal cruelty cases, offenders also engaged in interpersonal violence. Another study referenced found that women at domestic violence shelters were nearly 11 times more likely to have had a partner threaten, harm or kill a pet than women who had not experienced domestic violence.

Under the ordinance, LMPD will have to conduct a four to eight hour class for all new recruits on the connection between domestic violence and animal abuse. Under the ordinance, all current LMPD officers who have not received that training will also have to attend the class. Metro Animal Services officers are to receive “equivalent training.”

Metro Animal Services officers investigating allegations of animal abuse will also have to notify LMPD within 24 hours when reasonable suspicion of such abuse is found.

LMPD officers investigating animal abuse allegations or responding to such notifications by Metro Animal Services are required by the ordinance to conduct an initial investigation to determine if there is suspicion that interpersonal violence also occurred. The ordinance states that “what constitutes an initial investigation shall be at the officer’s discretion based on their training” as well as any information provided by Metro Animal Services and “all other pertinent factors.”

LMPD and Metro Animal Services have one year to implement the training and reporting changes laid out by the ordinance.

“Frankly I’m kind of surprised that more cities don’t have programs like this in place,” said the ordinance’s other co-sponsor, Councilwoman Marilyn Parker, R-18. “I’m happy now that Louisville is going to have this as a tool to predict and combat episodes of future violence from occurring in families and with children.”

The ordinance also added penalties in cases of animal abuse where a minor is present, adding a civil penalty with a fine of up to $500 in addition to any criminal penalties.