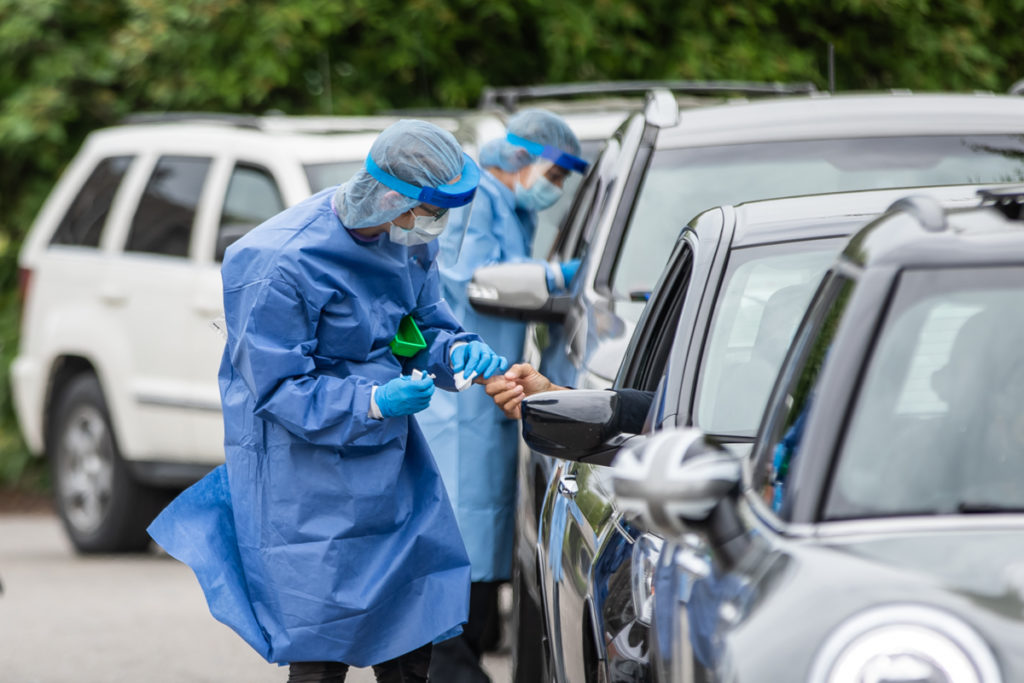 Health care workers are among those who may be eligible to receive Beshear's bonus. | Photo by Kathryn Harrington

Gov. Andy Beshear wants to give a monetary reward to essential workers who have toiled throughout the pandemic.

Beshear said he’ll be asking the legislature to appropriate $400 million from the American Rescue Plan to go to grocery store employees, “health care heroes,” factory workers, emergency services employees (EMS, firefighters and police) and other essential workers who have worked from the beginning of the pandemic. The reward is partially meant as an incentive to get Kentucky’s essential workers to stay in their jobs.

“You all have toiled it out,” said Beshear. “I know you were scared but you still showed up.”

Beshear wants the Republican controlled legislature to create a working group to figure out the particulars of distributing the money. He said he has not yet spoken to legislative leadership about his idea. Kentucky’s Republican leadership has been pushing Beshear to grant the General Assembly another special session, but Beshear said he does not plan to allow one even for this initiative. American Rescue Plan Act funds won’t be available until the regular session, he said, which starts in 2022.

“There needs to be a lot of details that get worked through and that needs to have a lot of collaboration and we hope cooperation,” he said.

The Kentucky Center for Statistics has said that nearly three-quarters of Kentucky workers, or 1.4 million, are employed in critical occupations, although 296 of those 424 occupations can be conducted from home, leaving just over 1 million in the frontline worker category — who the federal government says is eligible to receive ARP funds.