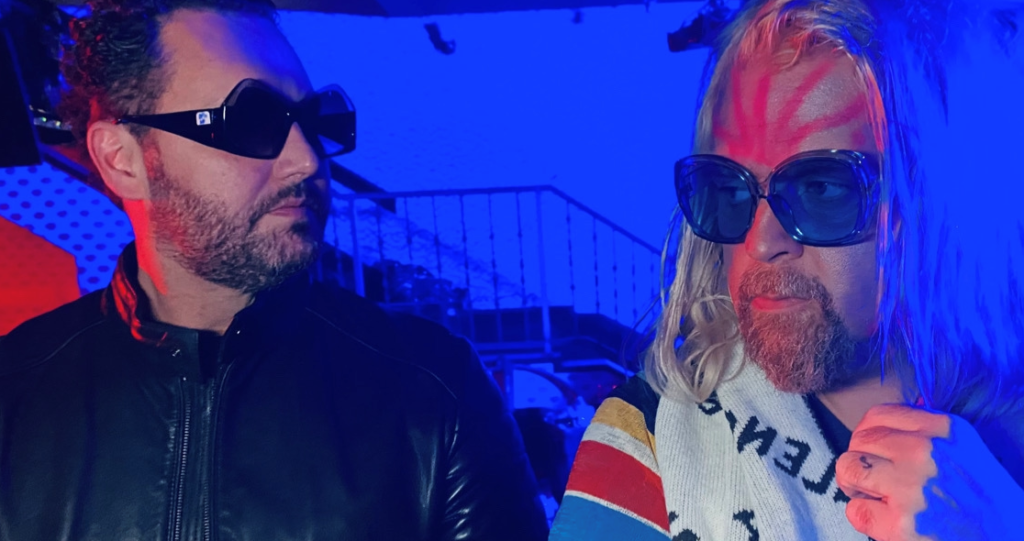 Record producer Jonathan Hay has had a “colorful” career to say the least. This former publicist for Days of the New got his interest in music sparked in a St. Matthews basement thanks to a friend, Dennis Martin.

“Junior Year in high school I met this guy, Dennis Martin,” said Hay. “He has this recording studio with his dad. It felt like a real major studio.”

Hay described the analog equipment including the reel-to-reel recording tapes. This was perhaps the first time that something other than basketball really caught his interest. Hay attended Waggener High School but switched to Christian Academy in hopes to get more playing time on the court.

Hay still loves basketball, but his focus is solely on music. Having spent 20 years as a publicist, Hay’s career was dotted with successes and scandal, according to his Wikipedia page. He was the publicist for Days of the New and worked with other artists and labels like Whitney Houston, Rihanna, and the infamous Death Row Records started by Suge Knight.

After leaving his career as a publicist, Hay turned his eyes towards record producing, which included working with Prince and Audio Stepchild on a cover of “When Will We Be Paid,” a song first done by The Staple Singers. He’s also worked with Snoop Dogg, produced music for a TV show that involved T.I., DJ Khaled, RZA and others. To say that he’s been busy is an understatement.

In 2018 and 2019, Hay produced three No. 1 Billboard jazz albums, one of those being Follow the Leader-Reimagined as Jazz, a jazz production of Eric B and Rakim’s classic album. The album spent 11 weeks on the Billboard charts.

His recent project, Nirvana-Reimagined as House & Techno is part of a new journey into the house and techno worlds.

In December of 2020, Hay was on his way to meet his girlfriend at the time in London. He sold his belongings and started the journey. His girlfriend asked him not to stop in New York but Hay stopped in New York, and then the pandemic hit.

“I stopped in New York to see my friends and my lawyer and ended up staying in New York,” said Hay. “Never made it to London.”

While in New York, with everything shut down, Hay found that there were underground parties and raves that were still happening. So he went.

“I hadn’t done house music. I was doing jazz. During the pandemic everything in New York was shut down. But there were underground House parties and underground raves, “ said Hay. “Then I met this guy and he told me to come to Dallas. So I went to Dallas.”

Hay describes arriving in Dallas in a haze of psychedelics and finding the city radically different from New York.

“New York felt very sad,” said Hay. “New York felt like a warzone from the pandemic and you could feel all the people were hurting financially. You’d walk around and all the stores were closed. Just the morale was very very down and dismal. Then you come to Dallas and everything is just like, ‘Fuck it.’”

He began work on the Nirvana remix album in Brooklyn but found ripe ground in Dallas. Influenced by Cobain’s support of the LGBTQ community, Nirvana-Reimagined as House & Techno, he thought the house/techno remix would be the perfect combination.

“In December of 2020, I started working on Nirvana Reimagined as House & Techno in a weathered but inspiring apartment in Brooklyn,” said Hay.  “Throughout this year, Cain McKnight and I worked on the Nirvana Reimagined project with a collective of eccentrics such as Grammy-award winner Maurice Brown, 41x, Don Klein, and J Patt (from The Knocks)…”

So far the release is gaining much attention having been featured by the Grammy’s and several major music publications such as NME, EDM and others.

The team behind Nirvana-Reimagined currently have a remix of the project out, created with Suge Knight Jr., son of Death Row Records founder Marion “Suge” Knight. Through their Tech Row Records they will also be working on a reimagined jazzy house version of Tupac Shakur’s music.