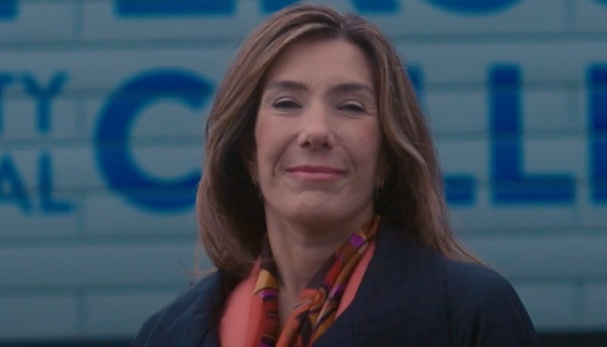 Former nonprofit leader and entrepreneur Carla Dearing has announced her run for the Democratic nomination for Louisville mayor, promising “big, bold change” for a “stalled” city.

Dearing, who is the fifth Democrat to voice their intent to run, currently owns Velo, “a firm specializing in providing expertise on strategy, growth and access to capital for black, brown, women and LGBTQ owned companies and projects, spurring development in West Louisville,” according to her campaign announcement. In the past, she has served on the board for Louisville’s chamber of commerce, Greater Louisville, Inc., and for the Jefferson Community & Technical College Board.

In a video posted to social media, Dearing said that she plans to focus on providing safer streets, cleaner air, affordable housing, quality child care, pre-K and on promoting local businesses and restaurants. In a press release, she said she wants to disproportionately invest in lower-income neighborhoods and to help artists, as well as entrepreneurs.

Louisville is stalled, and hurting. We need big bold change. And getting it done will require leadership that brings diverse people together around a shared strategy, holds everyone accountable, listens and communicates. I’m running for mayor bc I’ve done that my whole career. pic.twitter.com/L4r5VEztEX

“We’re in a transformational moment for Louisville and we can’t miss this opportunity,” said Dearing in a statement. “The status quo is not working. I’m running to create big, bold change; that means centering the voices often left out of the process.”

Dearing, who grew up in Michigan but who moved to Louisville 21 years ago, also played a role in opening the Louisville Urban League’s $53 million Norton Sports Health Athletics and Learning Complex as a volunteer executive advisor. (LUL President Sadiqa Reynolds has endorsed the Rev. Timothy Findley for mayor.)

Jeffersontown mayor Bill Dieruf and minister Philip Molestina are running as Republicans and Margaret Trowe, a member of the Socialist Workers Party, is seeking the seat as an independent.

They’re all hoping to replace current Mayor Greg Fischer, who cannot run this year due to term limits.