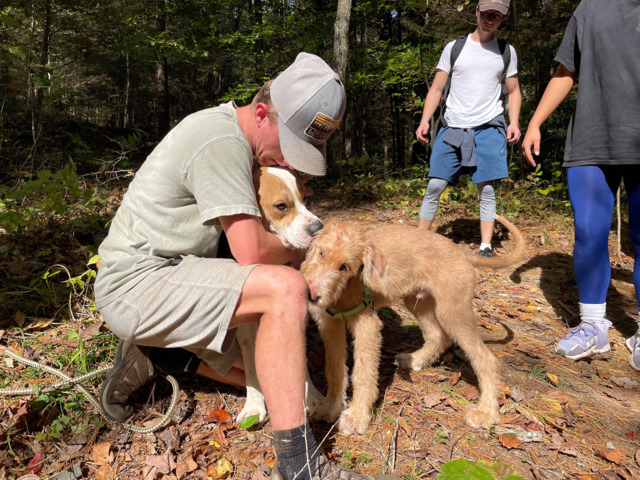 Rescuers say it was a miracle that Tyson, a pitbull mix, was "basically unhurt" after a 170-foot fall off a cliff in Red River Gorge this weekend. | Photo via Wolfe County Search & Rescue Team/Facebook

Rescuers say it was a miracle that Tyson, a pitbull mix, was “basically unhurt” after a 170-foot fall off a cliff in Red River Gorge this weekend.

Wolfe County Search & Rescue Team (WCSRT), the gorge’s volunteer technical rescue team, said in a Facebook post that they received a 911 call Sunday, Oct. 24 around 1 p.m. from a hiker who was on top of the Frog’s Head formation at the gorge.

The caller was Tyson’s owner who they say was frantic as they reported that their dog had fallen off the cliff while chasing a lizard.

A team was dispatched to Bison Way Trail Head, WCSRT says, and quickly made their way to the Frog’s Head cliff-line.

When nearing the Indian Staircase trail, the rescuers say they met a group of hikers who had seen an unleashed dog in the area and snapped a picture. They used the picture to confirm with the owner that the hikers had seen their lost pup.

After the team split up to help search, the rescuers say he was quickly located and returned to his elated owners.

They say his survival after a 170-foot drop was “nothing short of a miracle.” 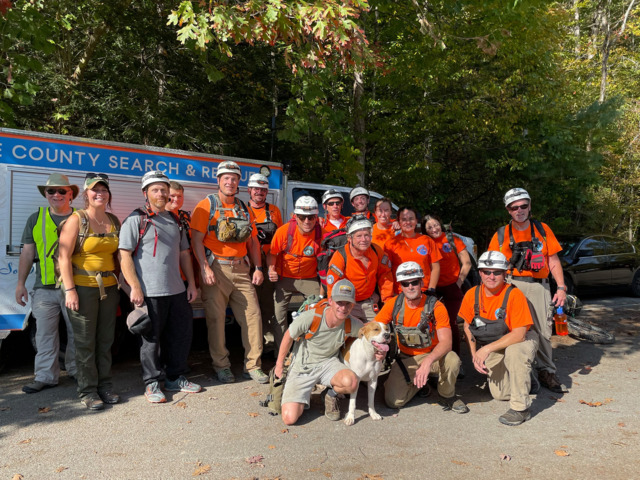 “This has certainly been a week of miracles,” wrote WCSRT, who posted on the Facebook page that last Sunday the team rescued two deer hunters at Cave Run Lake near the gorge.

Lost in the dark without flashlights, the hunters called 911 who relayed the call to WCSRT who told them to send screenshots of their GPS locations from their phones. They say the hunters were able to send them the pictures with just 3% battery life left on their phones.

The team was able to pinpoint the location of the hunters and rescue them, however, they encourage anyone going into the wilderness to carry the “Ten Essentials,” one of which is a light source.

On Oct. 18, rescuers attended to a 4-year-old boy after he fell 70 feet at Red River Gorge and survived with just scrapes and bruises.