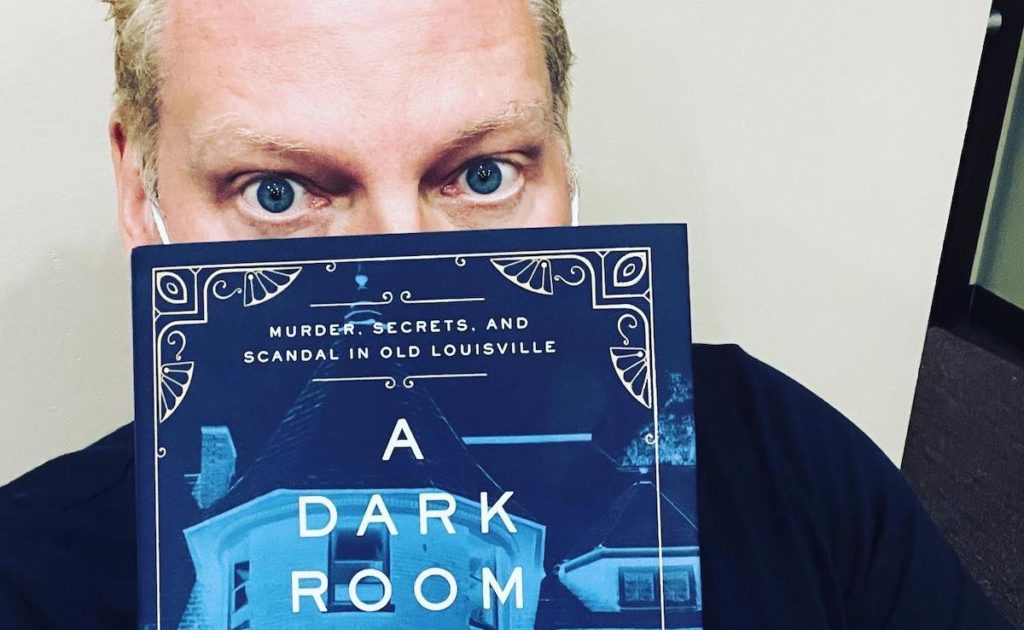 One important facet in the appeal of true crime nonfiction is how it can reveal certain cross-sections of society. Some readers who feel the rich don’t have any worries love to dive into tales where a wealth of resources can’t stop greed from causing bloodshed and downfall. Closed-in communities, such as certain faiths, likewise draw in readers when lives of devotion yield not peace and harmony but instead jealousy and desperate felony.

A quarter-century ago, author John Berendt delivered an innovation: a portrayal (which flirted with exposé) of an American city’s layers of odd subcultures, bejeweled with particularly quirky individuals who shined odd lights on neighborhoods or local traditions. Savannah enjoyed the subsequent rush of tourist dollars, and mostly cheered on as Berendt sold the film rights for “Midnight in the Garden of Good and Evil.”

Could Louisville provide the same inspiration from what appears (or is disingenuously erased) from its police plotter or society columns? David Dominé is our well-published local figure who’s uniquely qualified to provide the answer. He’s wrangled with suspense material in numerous books about hauntings. His primary settings for these, and the subject of a significant portion of his other writings (along with tours he gives) is the Old Louisville neighborhood, which proudly carries a history that has attracted more than its share of eccentric residents and events.

And to put the last pieces of the puzzle into place: one large Victorian mansion in Old Louisville was the scene of a grotesque 2010 crime. Early investigation of The Pink Triangle Murder’s circumstances pointed toward a deadly betrayal in a ménage a trois in the LBGTQ community, leading to a corpse buried for months in a Rubbermaid tub in the basement. Coincidentally, Dominé and his partner once had an interest in buying that very house on South Fourth Street.

The book, which puts the real-life crime-and-punishment story alongside an entertaining depth of detail for the setting and the communities of interest —  and even a bit of meta regarding Dominé’s concerns that publication could be a service or shame of some parties — is the subject of the author’s presentation at the Conrad-Caldwell House Museum tonight, Thursday, Oct. 21.

As a title, “A Dark Room in Glitter Ball City” offers an introductory hint that the author loves his sidebars and digressions, such as Louisville’s place of prominence in the world’s disco ball supply chain.

Dominé loves to report. He knows when he’s straying toward gossip and doesn’t wallow in talking about the foibles of others. He’d rather offer the objective and tactile than wax rhapsodic. That has to count for a lot with subject matter as readymade-for-salaciousness as drag queens’ work at keeping distinct lifestyles for each gender of their dress. Or the relative advances and retreats of S&M playspaces in certain Louisville neighborhoods under generational forces such as the AIDS epidemic or the financial gentrification of intriguing old houses.

Ah, real estate. There are some stretches where attention to interior decorating matters is more noticeable (if perhaps not more memorable) than the many digressions for history. This is a bit disproportionate, given the author’s slightly plainspoken style — where at its best, humor, anger, and affection are often expressed with an admirable sly-and-dry restraint.

Community — not just the segments the author belongs to or aligns with, but just about the entire diversity of Louisville — get genuine respect in his voice. This swing for the fences of the publishing big-time doesn’t earn its readability with consistent zinging prose. But the sorry crime at the core here does open up enough of an opportunity for Old Louisville and the whole city to show off its fascinating range of light and dark shades.