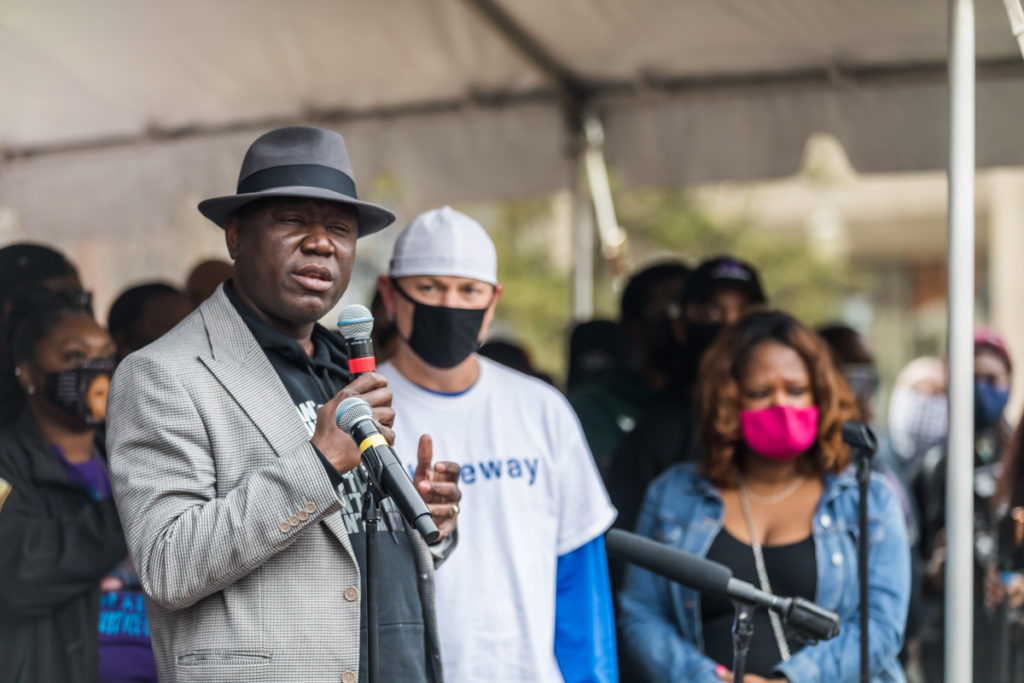 Attorney Benjamin Crump at a memorial upon the one year anniversary of Breonna Taylor's death.

Attorney Ben Crump has spent the last 20 years focusing on some of America’s highest profile police killings, including those of Michael Brown, Tamir Rice, Breonna Taylor and George Floyd.

Earlier this week, Crump, who was recently listed by Time Magazine as one of the 100 Most Influential People of 2021, endorsed Kentuckian and U.S. Senate candidate Charles Booker, who is running for Rand Paul’s seat.

Crump endorsed Booker in a video that was posted to social media by USA Today reporter Phillip Bailey.

“We must send Charles Booker to the United States Senate,” Crump said in the video. “I can think of nobody better equipped, more qualified and more convicted to stand up and fight for those who have been marginalized and disenfranchised and victimized. So, to everybody in Kentucky, let’s make sure we try to even the playing field for those like our sister Breonna Taylor, our brother George Floyd, our brother Ahmaud Arbery and so many other we have lost this past year unjustifiably.”

Booker, a rising star in the Democratic Party, was elected to the Kentucky House of Representatives in 2018, before deciding to give up that seat to enter the Democratic primary to challenge U.S. Senator Mitch McConnell in 2020. He lost in the primary to Amy McGrath, who ended up losing to McConnell. He quickly gained popularity during the protests for racial justice in Louisville, which he frequently attended. His progressive platform includes systemic criminal justice reform, universal health care, universal basic income and the Green New Deal.