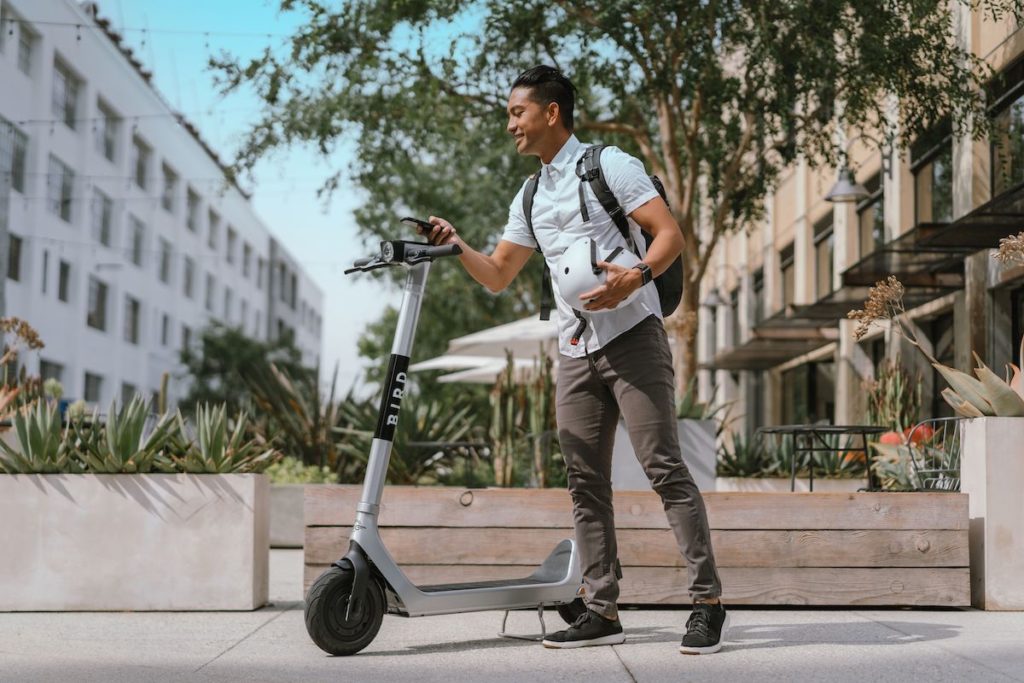 Billed as “the world’s most eco-conscious scooter,” the Bird Three is an upgraded model from the existing Bird One and Bird Two electric scooters in more than 300 cities around the world. Louisville is the first city in Kentucky to get the Bird Three. Its entire fleet has already been replaced with the new model.

In a press release, Bird detailed a number of the Bird Three’s features, including longer-lasting batteries, which the company says leads to decreased carbon emissions throughout the scooter’s life cycle.

If you haven’t ridden a Bird before, the scooters work like this: riders rent them through an app. It costs $1 to unlock a scooter and 15 cents a minute to ride it in Louisville, though the per-minute price varies by city. According to an aggregate map of local electric rental scooter rides in the city, many local rides are concentrated around downtown, UofL, and the Highlands.

Louisville’s e-scooters haven’t been without controversy here since their debut in 2018. In recent pre-pandemic years, we’ve  reported on a number of issues the scooters have caused: abandoned scooters blocking sidewalks (still a common issue), vandalized scooters, injured riders, and riders who drive the wrong way on one-way streets, amongst other problems. House Bill 258, signed by then-Gov. Matt Bevin in 2019, established a 20 mph speed limit for e-scooters in Kentucky and said that riders could only operate their scooters on streets and bike paths, not sidewalks.

CORRECTION: A previous version of this article gave the wrong number of cities that Bird scooters are located in. The company has scooters in 300 cities.