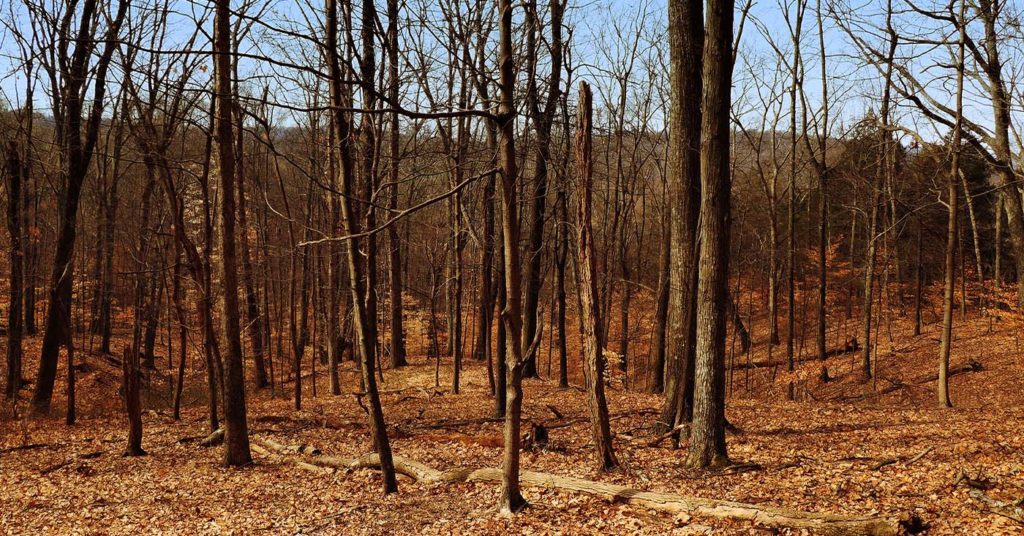 Hike along the Millennium Trail over Houck Knob in Bernheim.

Bernheim Arboretum & Research Forest has added a new position to work with youth in urban areas to help increase their access to nature. Bernheim’s new field ambassador Kenyatta Johnson will be in charge of working at Bernheim in multiple departments while also taking care of community outreach in lesser served areas of the city.

Bernheim’s Director of Education Kristin Faurest shares her excitement in having Johnson as part of the team. In a release she said, “Kenyetta will play a key role in helping Bernheim encourage and inspire young adults to consider horticulture, nature education and other green jobs as viable career choices. We are thrilled to have this position and even happier that we have such a stellar personality filling it.”

This new field ambassador role is part of Bernheim’s Youth Development in Nature initiative which is seeking ways to build diversity and inclusion at Bernheim by offering, in particular, non-white youth the chance to build deep connections with the natural world around them. It also hopes to expose these young people to the idea of nature-based careers. These careers historically lack diversity.

Johnson graduated from UofL with a degree in environmental analysis through the geosciences/environmental sciences department. She also has a minor in socio-cultural studies. Johnson has worked with Bernheim as the assistant program director for the Urban Conservation Corps at YouthBuild Louisville. It was a position provided by AmeriCorps.

Johnson has said that she would like to build a bridge between environmental education and youth from “minority” groups.

In the release she says, “My focal areas within the environmental sector are food and reducing waste, global climate change and its effects on people, and urban heat islands. A long-term goal of mine is to provide an environmental education program for low-income young adults.”

Johnson, herself, has traveled widely in her studies. She’s been to Iceland, Trinidad and Tobago, Nepal and Belize.

The new field ambassador role for Bernheim was made possible by a grant from the Brown-Forman Foundation and the Firefly Scientists Foundation.