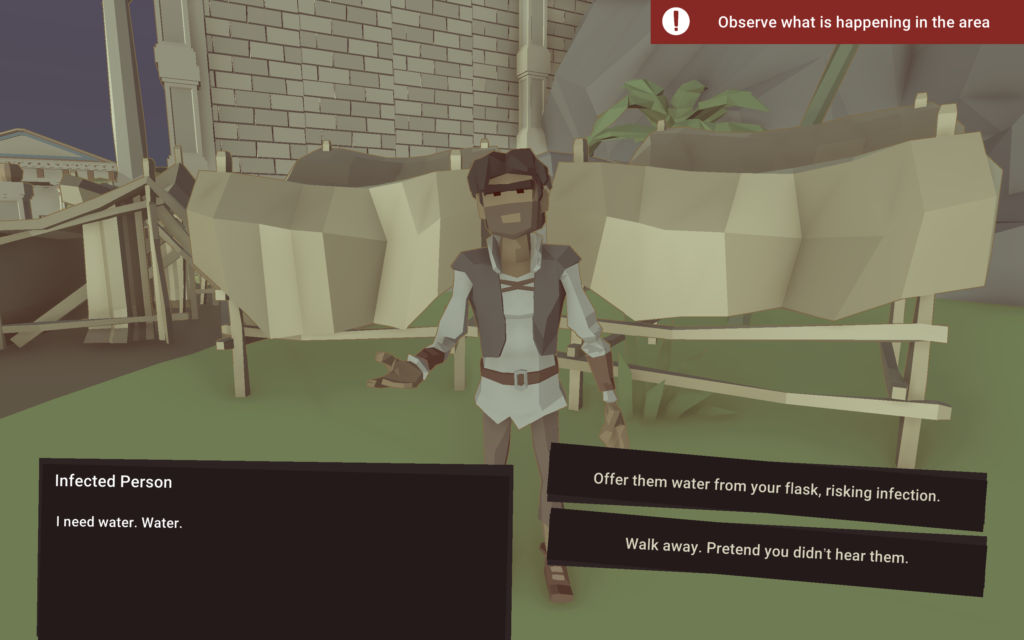 Experience plagues of the past in Actors Theatre of Louisville's new video game.

This past Friday, Actors Theatre of Louisville released a new video game called “Plague Doctor: Contagion 430 BCE–2020 AD”, which is available on Steam for $2.99 plus tax.

The first-person historical fiction game takes the player through four storylines, each set in a specific city during a time in which a viral epidemic wreaks havoc on the populace. In one chapter, the player must speak to disease victims to document the virus’ symptoms; in another, the player inspects a plague-ridden ship to decide if it should be allowed into a bustling port city.

Currently, the game has two chapters available for play (“Athens 430 BCE: TYPHUS” and “Marseille 1720: BUBONIC PLAGUE”), and the remaining two (“Philadelphia 1918: SPANISH FLU” and “Louisville 2020: COVID-19”) will be available to download for free next year. The Louisville chapter will see the player “experience the disorienting reality of quarantine” as Black Lives Matter protests “rock the city.”

Watch the trailer below.