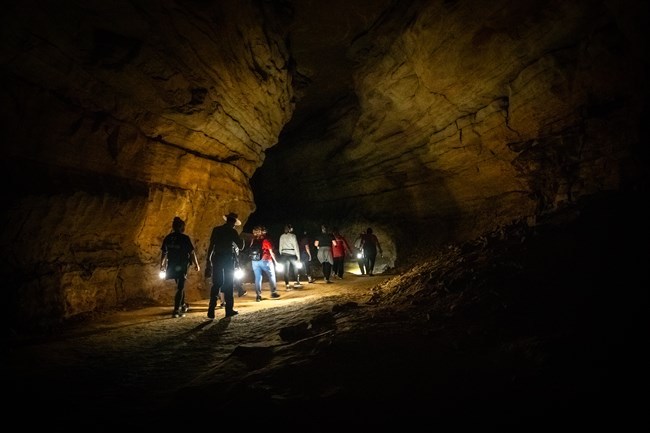 A Cincinnati songwriter is traveling the country and writing tracks about different national parks, and Kentucky’s Mammoth Cave made the inspirational cut for his first album, Trailsongs: Volume 1.

Kendall Bruns will officially release the 10-song album on Oct. 29, but three singles are currently available, including “Life In The Dark,” an anxious indie-pop tune about Mammoth Cave.

On his inspiration for the album, Bruns told this to Cincinnati’s alt-weekly CityBeat (LEO’s sister paper): “I was like, ‘This is a project I can do myself.’ I realized that I had written songs when I was 16, 17, 18, that were inspired by trips to Smoky Mountains National Park, but I just hadn’t put that frame around it of, ‘This is a thing I’m doing.’ I also love high-concept stuff. I love that Sufjan Stevens did a 50-state thing, even though he never really did it.”

The album was mixed and mastered by Mike Montgomery at Candyland Recording Studio in Dayton, Kentucky.

To read the full profile of Bruns in CityBeat, click here.