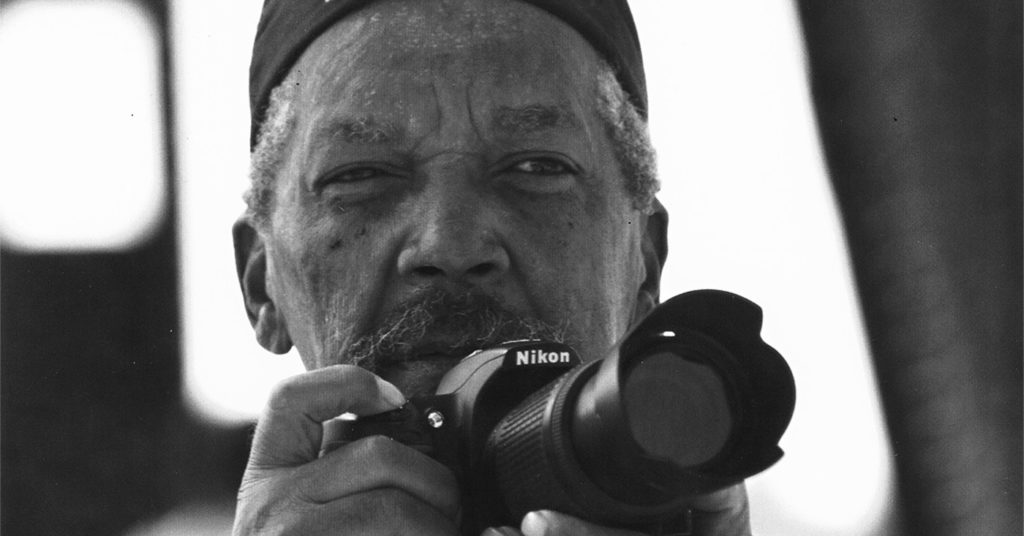 Bud Dorsey, an iconic Louisville photographer who died this past July, now has an intersection named after him.

On Tuesday, an honorary street sign dedicated to Dorsey was unveiled at the crossroads of Burwell Avenue and 18th Street.

Dorsey, who was 80 when he passed away, worked for the Louisville Defender and Courier Journal for decades, focusing on the community in Louisville’s West End.

“I am so proud to honor Bud Dorsey in this way,” Councilwoman Dorsey said. “Because of his work behind the camera, we can clearly see the evolution of our communities. By design, photographers are behind the scenes. But today we say to Bud, ‘We see you, we appreciate you, and the work you’ve done matters to us.’”

Check out a retrospective of Bud Dorsey’s work here.