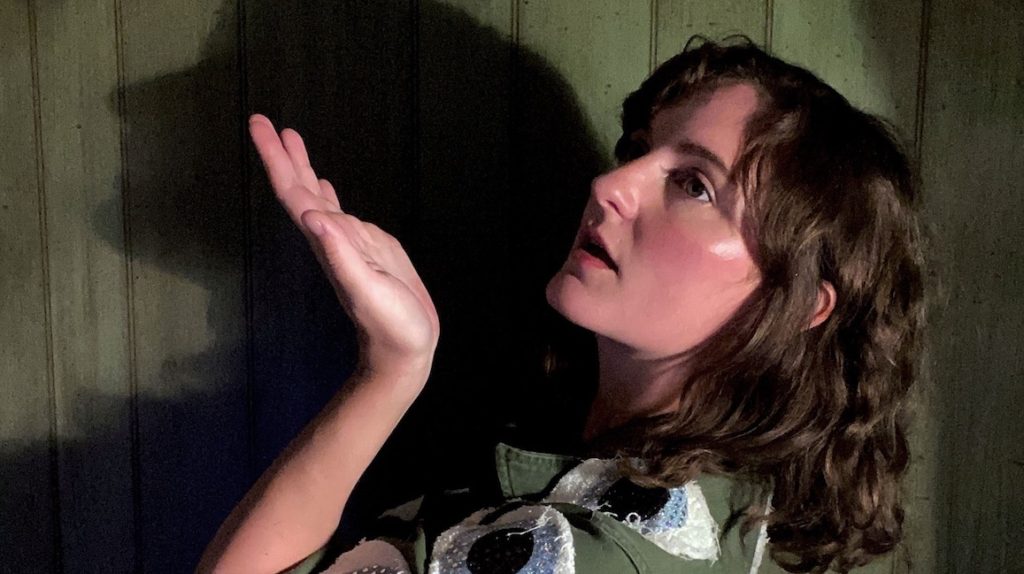 Lacey Guthrie's "The King of Holding Onto Things" is labeled as dream-pop but is something heavier. Via Facebook/Lacey Guthrie

Lacey Guthrie – The King of Holding Onto Things
For anyone who has tracked the career of Lacey Guthrie, the release of The King of Holding Onto Things should come as no surprise, both in the quality of the music and her enduring creativity. Upon a cursory listen, the urge to identify the music as dream-pop —which is one of the genres that the project is tagged with— is strong. The connotation of the word “dream” in that statement though, suggests something airy, surreal, and light, qualities that are only particularly applicable here. Instead, TKOHOT is an immense record of deep synths and stacked melodies, replete with an often overwhelming sense of gravity. More often than not, the music here is less dreamy and more cinematic, dark, melancholic, and bittersweet, all qualities that inform the overall sense of the project. There is a tension to the compositions that is often punctuated by Guthrie’s tremendous vocal talents. It’s in that push-pull between heaviness of the music and the confidence and harmony in her voice that demands that you listen intently to each lyric. And like a dream, both the individual songs and the album as a whole remain open to the imagination of the listener.

Shi – 死 – Basement Wizard
For fans of doom metal bangers, Shi – 死 offer up a dark paean to gods of the underworld. This is to say that the riffs, somehow tuned to drop H, are the stuff of a young Tony Iommi’s wildest dreams. To call Basement Wizard merely “heavy” is a disservice to the monolithic riffing that so defines the band. There is an intensity here that is to be expected, but more than that the band are incredible at laying down a powerful groove. As such, Basement Wizard will conjure breathtaking bangovers, wrought from the Satanic majesty of their metal; if you told me that Shi – 死 were metal druids ensorcelling their audience with sludgy riffs to headbang, I’d believe you. With all that said, the songs aren’t so solemn that the band loses their sense of fun, instead satirizing the minituae of every day life. This is an enormous album that isn’t afraid to let its hair down, paying equal homage to acts like Harvey Milk as B-movie horror.

Equipment Pointed Ankh – Without Human Permission
There is a free jazz element inherent in the entirety of the Equipment Pointed Ankh catalogue that renders each release wholly unique from the last. While previous endeavours have featured sound collage and ambient as fundamental compositional tools, Without Human Permission pushes the project into previously unheard territory. While there are still moments of quiet or ruminations on found sound, here the band have refocused to form a loose-knit kind of Krautrock. An instrumental affair, the newest from Equipment Pointed Ankh is an experiment in finding and immediately subverting traditions. This is to say that there are many moments throughout the record that recall particular styles, but almost as if it’s a self-iterating AI programmed by Ornette Coleman, Philip Glass, and Autechre. Without Human Permission is a truly surreal and surprising record that never rests on its laurels or falls into anything less than adventurous.