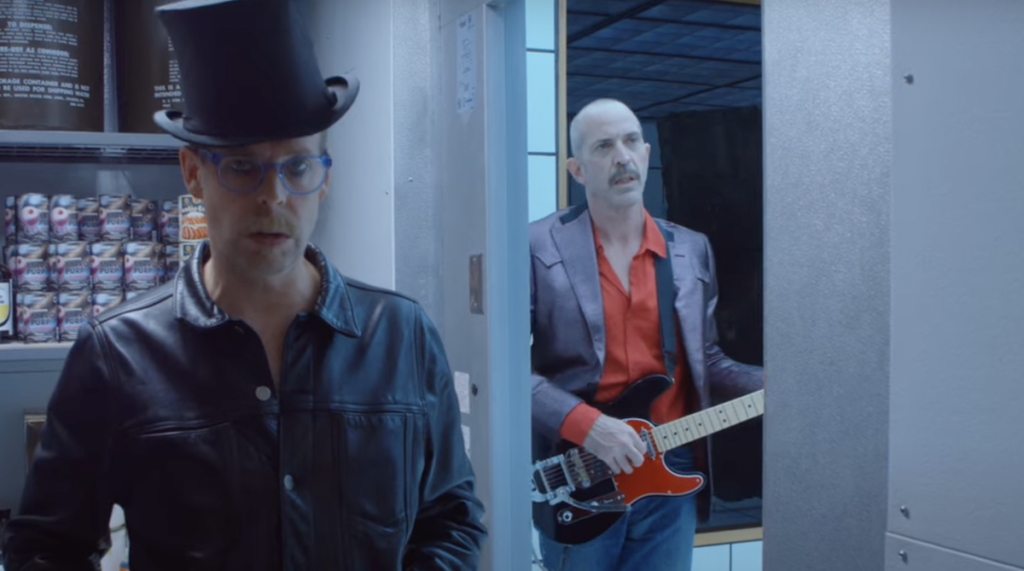 "Make Worry For Me" is an "eerie and foreboding" song perfect for Halloween.

Well if you’ve listened to the songs that are the usual fare of Halloween, you may be split on that sentiment, but we’re here to let you know that despite this year’s Top 10 Halloween songs, LEO has a list of true Halloweens songs that are worth listening to in the spirit of all that is funky, spooky, dark and dreary.

Let’s start with the usual suspects so that you know where we’re not coming from.

According to Play Like Mum, the top 10 Halloween songs (from the 200 Halloween playlists they reviewed) are:

Not bad songs, some classics but look, we don’t like to give you the same old thing, so for LEO’s editorial team, here are our favorite Halloween songs.

‘Venus In Furs’ — The Velvet Underground
John Cale essentially turning an electric viola into a weapon + Lou Reed’s awkward, yet piercing guitar tuning and distant vocals + Mo Tucker and Sterling Morrison’s slow, rhythm-section march + the S&M source material = one of the most intense songs of all time.

‘Halloween Theme’ — John Carpenter
Here’s a reminder that John Carpenter not only directed the original, incredibly-influential  “Halloween” film, he also composed the iconic soundtrack — a major aspect of how frightening the movie is. This one is on the mainstream list for best Halloween songs, but you basically have to include it.

‘Ode to Sleep’ – Twenty One Pilots
A struggle between dark and light. Which will win? Good for reformed pop-punk kids.

‘Zombie’ – The Cranberries
The best song for your Halloween party playlist.

Erica Rucker (I’m the A&E Editor so yes, my list is a little extra):

‘Monster’ – The Bar Kays
Um, Halloween is my favorite holiday so it should jam. This song was recorded in 1975 and released in 1978 by Stax Records’ new owners, Fantasy Records. By this time The Bar Kays were on to bigger things with Mercury Records.

‘Boogie Man’ – Gnarls Barkley
I hope you caught them when they were here, but this song is here to satisfy you if you didn’t. Fighting with one’s ego is tough, here, Gnarls Barkley explores trying to kill the monster of ego but finds out that it’s a tough job.

‘Everyday is Halloween’ – Ministry
It’s Ministry; It’s got a groove. So, look around you. Every day IS Halloween and it isn’t the people with funny colored hair or weird clothes.

‘Zombie’ – Fela Kuti
Bottom line, it cooks. The danger of the “zombies” is as great as the danger of corrupt leaders.