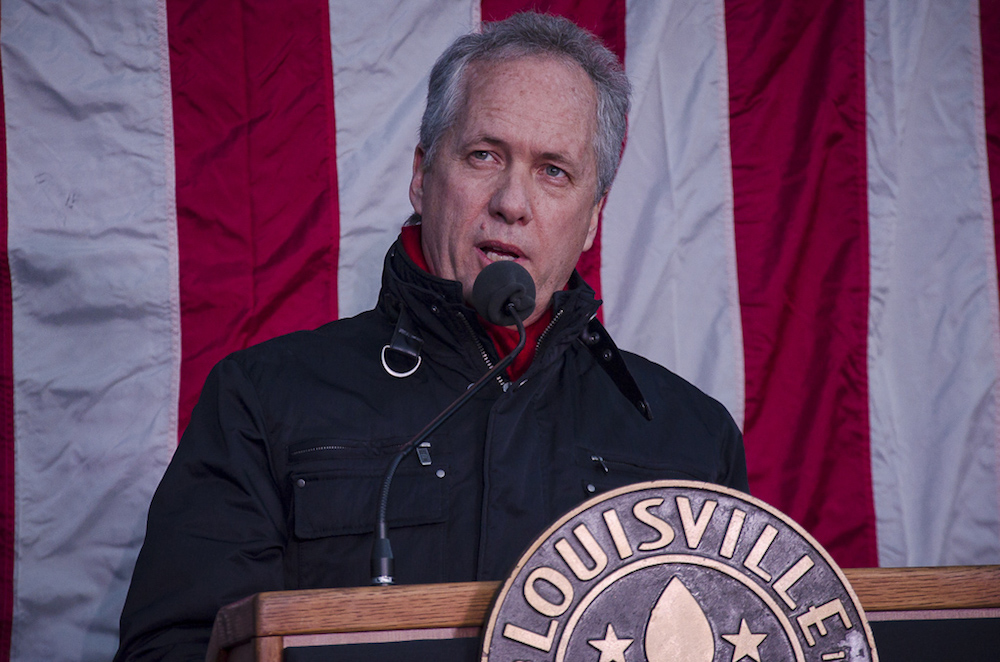 While some in Metro Council are pushing to focus on addressing the “root causes” that have contributed to an uptick in violent, Louisville crime, a bipartisan continent of three council members are appealing to Mayor Greg Fischer for help in addressing the issue through policing and the justice system.

We should note their suggestions didn’t just focus on law enforcement: One advocated for working with JCPS to connect the school system with the city’s non-law enforcement violence prevention programs through the Office for Safe and Healthy Neighborhoods… But, most of them did.

The council members said in their letter that they want to reopen the conversation on juvenile justice.

“There is no question that what we are doing is broken,” the letter read. “We do not assume that the answer is simple but there should be something better we can do in the short term to hold some of these more violent juvenile offenders accountable while working toward a better long-term solution.”

Meanwhile, at a Democratic Caucus Meeting earlier this week, the Courier Journal reported that some of Louisville’s more progressive Democrats said they wanted to focus on addressing root causes of the city’s violence, such as economic inequality.

“If we’re not talking about feeding people, housing people, then it is not something that I think is going to go anywhere,” said Council member Jessica Green, D-1. “We are wasting our time.”

Cassie Chambers Armstrong, D-8, wrote in a column for LEO Weekly this week that the “most effective way” to address violence is through fixing the root causes of crime, which involves anti-poverty measures. “Tough on crime” interventions, she said, sometimes lead to more crime.

She is advocating for the city to “immediately and significantly invest” in marginalized communities and for the community to support OSHN’s violence prevention efforts by signing up for its Ambassador Program, which offers training on community organizing, suicide prevention and conflict resolution.

“At the end of the day, all of this boils down to building community and supporting it,” she wrote. “We have to create spaces to build relationships and empower individuals.”

Whose approach will win out? We have yet to see.

In the meantime, here are the solutions that James, Winkler and Piagentini are advocating for:

Partnering with JCPS on school resource officer deployment – The council members say in their letter that they don’t ultimately care what these school personnel are called or how JCPS uses them. But, they do want them — specifically, in high schools.

Partnering with JCPS on Office for Safe and Health Neighborhoods deployment – The council members want OSHN’s resources to be put in schools. OSHN has been funded by the city to employ non law-enforcement outreach workers who provide violence intervention services.

Fill “public safety staffing gaps” aka, employ more police – LMPD are understaffed, the letter reads, and the city needs a “coordinated strategy” to fix this. Their ideas are pretty typical: using retired officers, increasing incentives to officers and immediately resuming contract negotiations with the police union. But, one stands out. The letter proposes delegating some police functions to citizens, including help with traffic accident assessments.

Restart juvenile photo arrays – The letter claims that the state government doesn’t let LMPD use photo arrays for juveniles when questioning witnesses, but these council members want the practice to be allowed.

Updates on the Group Violence Intervention Program – This program has an impressive track record at curbing violence in other cities, despite the fact that it uses police. These council members want an update on how the new program is doing in Louisville, though.

The council members are also asking for weekly public addresses on violence from the mayor. But, not all of their suggestions are for Fischer. They also want the council to take action, and their ideas follow a similar pattern of beefing up the criminal justice system. Winkler is floating a resolution to prioritize higher penalties for gun violence. And, all the letter signers want to petition the state legislature for greater wiretap authority for LMPD.