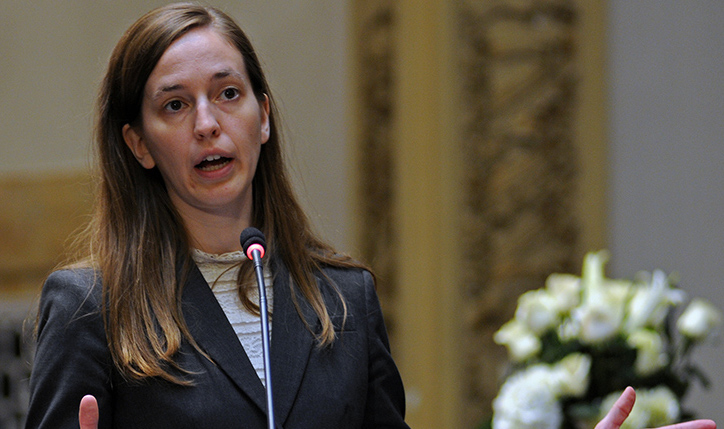 State Rep. Josie Raymond, D-Louisville, posted a poem on the morning of Kentucky’s special legislative session, cobbled together from the subject lines of emails sent to every state legislator, Republican and Democrat. “Don’t let us down,” the second line read. The day after the legislative session, which resulted in the Republican majority tearing down the universal school mask mandate, Raymond sent LEO a follow-up poem: “There are no emails / the day after sine die / just consequences.”

Thorn: Where Is Your Leader?

Meanwhile, conservative Kentucky legislators were allowed to spew vaccine misinformation at the session without public admonishments from GOP leadership. When Sen. Adrienne Southworth implied that vaccines don’t work, Sen. Chris McDaniel was the one to step in and challenge her. Where was Senate President Robert Stivers? If he actually wants people to take the vaccine, as his action of handing out incentives in his home county indicates, he should be shutting down dangerously misinformed statements such as Southworth’s.

“Nothing good happens after 2 a.m.,” is a quippy catchphrase for worried moms, but it shouldn’t be used as justification for public policy. We’re jubilant that council member Cassie Chambers Armstrong dropped her ordinance that would have pushed back bar closing time from 4 a.m. to 2 a.m. because of violence along Bardstown Road. Two of the recent shootings along the thoroughfare have occurred before or around 2 a.m.. So, it seems the rule would have done more harm to struggling small business owners than good. Now, what’s this we hear about shutting down the road to traffic on late weekends? Do go on…

The town of Clarksville seems to be determined to do whatever possible to shut down Theatair X permanently. The town government has been locked in a legal struggle with the adult superstore since 2018, starting with an inspection during which the building commissioner found “glory holes” between the business’ peep show booths. We’re all for consenting adults doing whatever, but we understand why the town felt it couldn’t tolerate that. But, the “glory holes” have since been sealed, and a new owner says they want to add an LGBT community center to the business. Why won’t the town see how it works out, instead of doing what it’s attempting to do now, which is deny the business’ annual license?

Video from the multicultural WorldFest shows Louisville Metro Police Department officers in bullet proof vests and large guns walking through the crowd. An LMPD spokesperson told WHAS reporter Tom Lally that its SWAT officers were providing security for the event and were just going for some lunch. But, surely there was a way for them to walk through the crowd without looking like they were going to war? It’s a lot easier to connect with the community when there’s not a weapon of destruction between you and them.