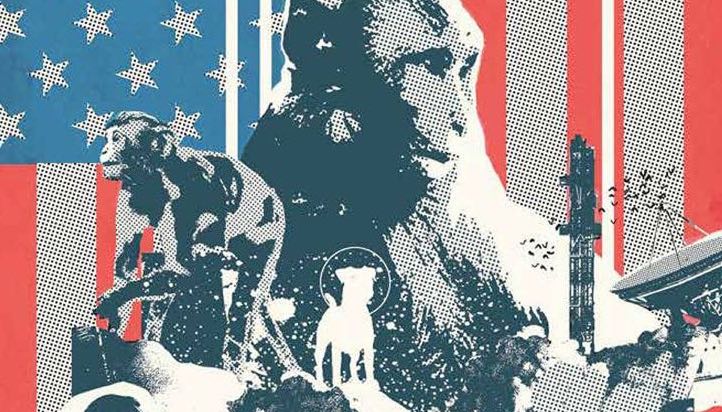 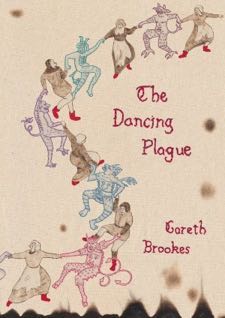 Sometimes you read a comic and recognize it for pushing boundaries and setting its own definition for comics. ‘The Dancing Plague’ is one such comic, a timely mixed media story filled with dry humor.

The backdrop of the story is 16th century Strasbourg, exploring the real life events that unfolded as the city was ravaged by a bizarre dancing plague. Hundreds of villagers danced hysterically for days on end, some of them nearly dying. However the protagonist of the story is a woman named Mary, a devoutly religious mother married to an abusive drunkard. We see through flashbacks that she has a history of bizarre visions that led to her ostracization from her family and community. Meanwhile, in the present day, her story is woven with that of the dancing fever, as she is the only one able to see the demonic creatures that terrorize her neighbors.

While the story itself is an interesting tale of life and disease in medieval France, what else stands out about this book is the wonderfully eclectic art. Brooks employed a few mixed-media methods, with some of the panels simply being textured and hand-drawn, while others include hand embroidery. There will be several pages of hand-drawn panels, and then you turn a page and the baby blue or red threads that he uses for the religious and demonic imagery practically jump off the page. The effect it has really complements the era of the story, like a 21st century Bayeux Tapestry.

The dream team of Jeff Lemire and Andrea Sorrentino have gotten together again.  Their “Gideon Falls” book was outstanding, so seeing they are working on a new collaboration is pretty exciting. So far, they don’t disappoint. “Primordial” starts out in 1959 when the U.S. space program sent two monkeys, Able and Baker, into orbit to see if humans could withstand flight of that nature. It seemed they couldn’t, since the monkeys died. Or did they?

Flash forward to 1961 and Dr. Donald Pembrook, a young black man with a PhD in electrical engineering, has been summoned to Cape Canaveral. He’s hoping he’s been called to start the space program up again. Sadly though, he’s merely been sent in to sort what is junk and what can be salvaged for use in the military.  His disgust soon turns to wonder when he finds the readouts on the monkeys that show that rumors of their death were greatly exaggerated. What does it all mean? This is a super interesting beginning to a story that will open up a lot of questions about the early space race between Russia and the United States.

Jeff Lemire is a great storyteller and Andrea Sorrentino is the perfect artist to bring Lemire’s thoughts into pictures we can all relate to.