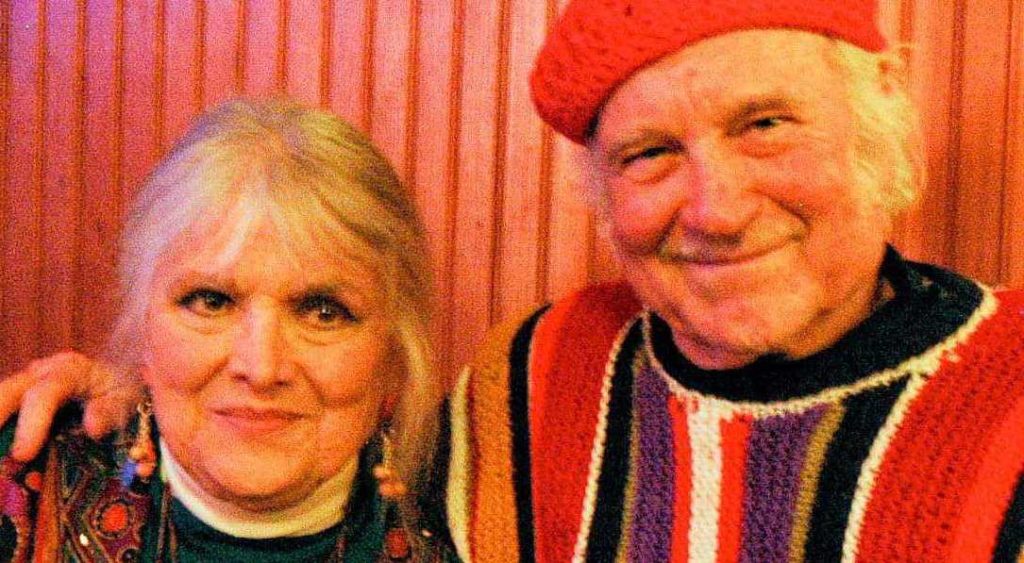 Sheila Pyle and her husband, Ken.

Louisville isn’t a large town. So when someone leaves the creative community, it is felt widely. On Monday, Aug. 30, Sheila Pyle, 90, died. Many of you under 30 may not remember who she is, but those of us who ate, sang, played music, acted, etc. at The Rudyard Kipling remember. Sheila was one-half of the Pyles (including husband Ken) that kept the beat of “The Rud” going for so many years.

The Rudyard Kipling (also called The Motherlodge) was a staple of the Louisville independent arts scene from 1967-2015. It hosted local acts, but regional and national players also graced the stage of The Rud, including Ralph Stanley, Wynton Marsalis and My Morning Jacket. It remains a storied part of Louisville’s creative community despite its closing.

According to her obituary in the News and Tribune, Pyle was born in Madison County Kentucky, attending Kirksville elementary and high school. She was later educated at Berea College and then UK where her flair for the dramatic arts flourished. Pyle moved to Louisville in 1957 where she freelanced with the Courier Journal and participated in local theater at the Little Theatre Co. at UofL, Actors Theatre of Louisville and Carriage House Players.

She taught for 15 years as an adjunct speech instructor at Jefferson Community & Technical College and Indiana University Southeast. With husband Ken Pyle, they opened two restaurants, the Storefront Congregation and the legendary The Rudyard Kipling.
With the passing of Sheila Pyle, a small piece of our local theater and music scene also goes, but she leaves behind a legacy of family and friends, and a host of careers that got their start on the stages at The Rudyard Kipling.

If you have great memories of The Rud or of Sheila and Ken Pyle, share them with LEO Weekly.