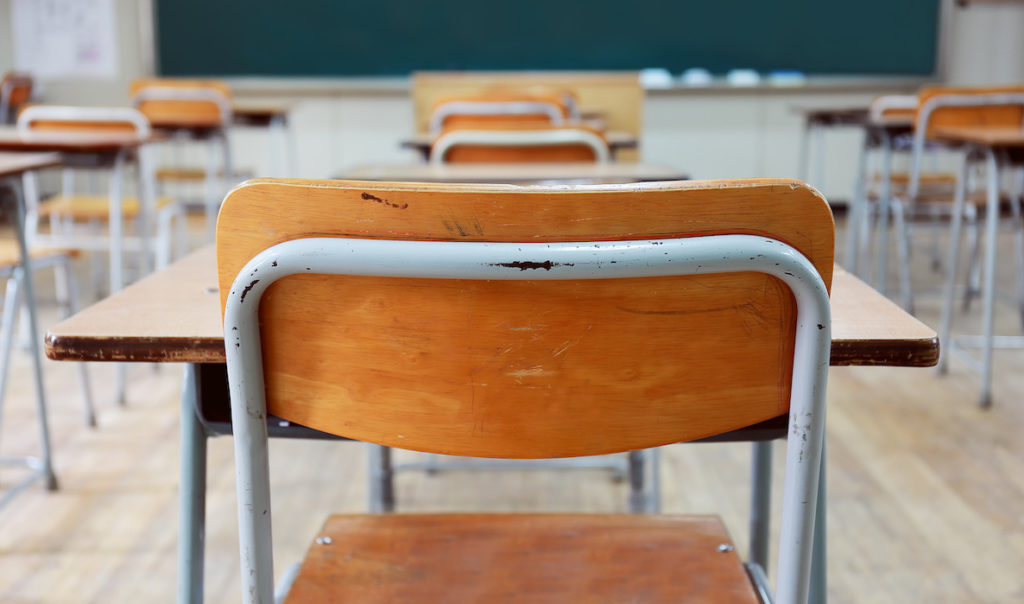 After the Republican supermajority tore down the Kentucky Board of Education’s mask mandate at the recent special session, around 96% of Kentucky school districts have decided to continue to require masks, according to the Kentucky School Boards Association.

SB1, the piece of legislation from the session that eliminated the mandate, went into effect Friday, but only six districts have decided to make masks optional — those being Hickman, Clinton, Science Hill, Mercer, Burgin and Gallatin.

You might remember that the superintendent of Science Hill called Beshear a “liberal lunatic” in a voicemail to parents of students — a rant that was in response to the mask mandate.

For now, the rest will require masks at all times for students, teachers, staff and visitors. 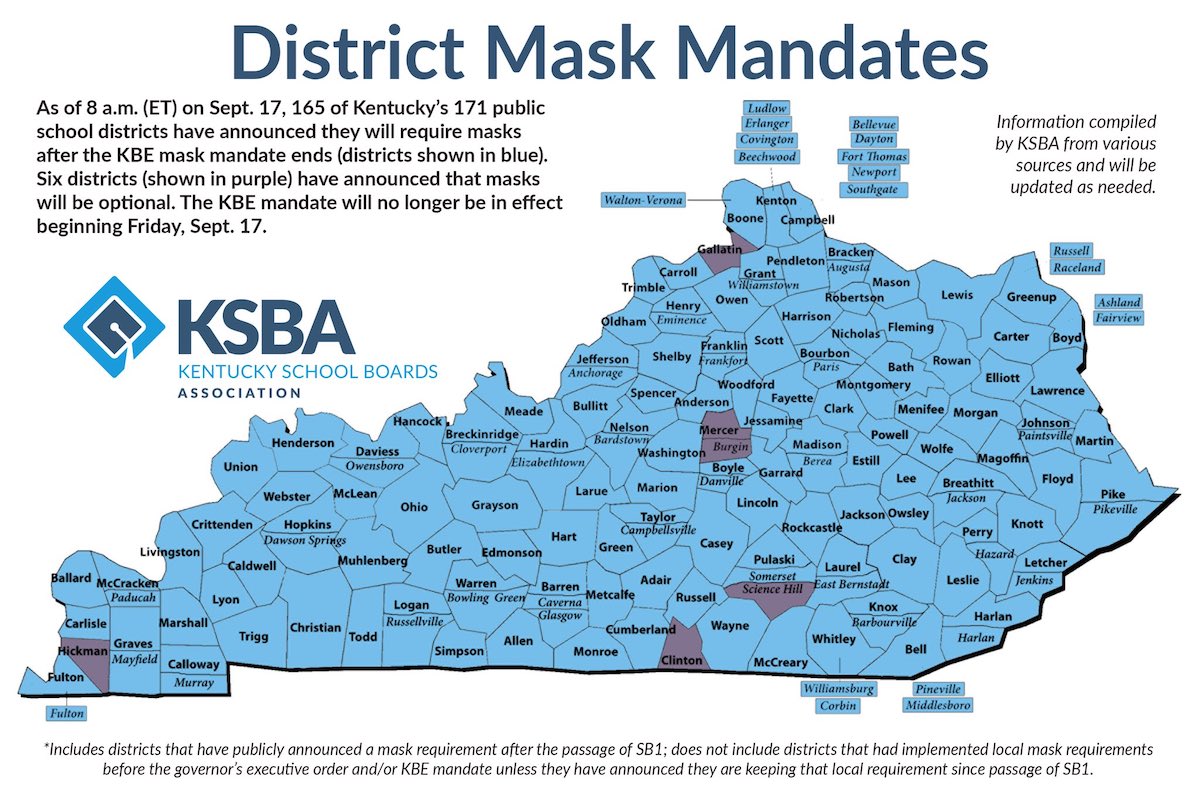 This is a change from before Gov. Andy Beshear, and then the Kentucky Board of Education, created a universal mask mandate for Kentucky schools. At the beginning of the school year, only two-thirds of Kentucky schools were planning to require masks, according to WFPL.

As the mandate ended, and the decision fell to local school boards,  KSBA President Davonna Page said the districts handled it well.

“The Kentucky legislature granted local school boards the authority to make decisions in the best interests of their students, and this week has demonstrated that we were up for the challenge,” Page said. “School boards regularly weigh decisions that have significant impacts on those most precious to our constituents. We do not make those decisions lightly.”

After SB1 passed during the special session, Beshear was critical of the Republican supermajority, calling ending the mask mandate “wrong” at a news conference earlier this month.

“I’ve been willing to make the calls, to take the hits, to make the plays. And the legislature asked to go in at QB,” Beshear said. “And what did they do? They punted on first down.”

Senate President Robert Stivers responded at a news conference on Friday, taking issue with Beshear’s sports analogy, saying he believes mask policies should be a decision at the local level.

“We felt it would be better for local people to make local decisions and we didn’t punt anything,” Stivers said.

Since 2020, at least 36 K-12 school employees in Kentucky have died from COVID, according to the teachers union KY 120 United.