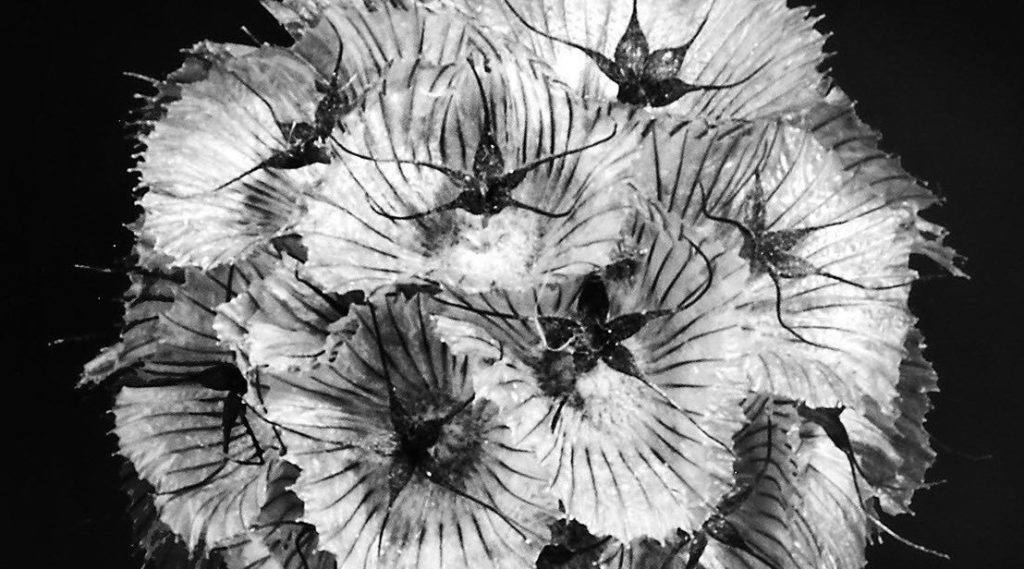 “Chestnuts and Pearls” by Sharon and Jessica Bussert will be featured at the 2021 Louisville Photo Biennial.

The Louisville Photo Biennial has been around since 1999. What was once a dream by former Artemesia owner Erin Devine was almost lost until Paul Paletti stepped in and took the helm. Now despite the setbacks of the pandemic, Paletti has found a way to steer the Biennial forward — with the cooperation of a lot of people and organizations. This year the Biennial officially kicks off on Sept. 9 and runs through Nov. 6.

LEO caught up with Paletti to discuss this year’s Photo Biennial and how an unofficial theme of the show emerged without planning.

LEO: The show runs two months. How did that timeframe come about?

Paul Paletti: Actually that’s something that came about over the past several years that we had a lot of feedback from the galleries and from people who were going to various exhibits. And they all said, we need more time because there are so many things to see and do that you just can’t squeeze it into a shorter time period. So as a result of that, over the last four to six years, it’s expanded from four weeks to about eight or nine.

Is there a theme to this year’s Biennial?

We didn’t have themes that we imposed or set out because we want the various venues to choose its own photographers, and the vision, and the work that they show. That being said, we have several shows with social justice themes, and I think that’s a natural outgrowth of what’s gone on in the last year — year and a half.

How did the Biennial come about?

Well, the Biennial was started in 1999 by Erin Devine and she had Artemesia gallery on Market Street. She was great and she got four galleries together to show photography at all at the same time. I think it was in July. And that’s how it started. And then two years later, my gallery started when my law partners and I bought a building down there, and I was kind of bound and determined that we were going to get up and running for the second photo biennial, which was July of 2001. Then in 2003, Erin had moved off to Indiana University to work on her Ph.D. in art history and since nobody else stepped up, I kind of stepped into the role, and we’ve been just going along and, and growing ever since.

It’s all grown in a very organic way as a cooperative venture between galleries and museums and other arts venues of agreeing to show photography at the same time and trying to make a concerted effort so that we actually promote each other, visual arts and photography.

What made you decide to turn your law practice into a gallery?

It was 20 years ago and we had been looking for a place to buy because we were located down in the Starks Building, and we didn’t really need to be in the real central, downtown core area. And, we found this, this building on East Market St. that Ken Kapp, an accountant, had and he had done some major renovations and then we bought it and made more. My partners went along with the idea of laying it out and lighting it as an art gallery, because I have this collection of photographs, and they were very familiar with it, because I put a lot of work up in our offices, and it’s very, very distinctive, very different from what you usually see in a law office. But they went along with it, and then it kind of took on a life of its own

What do you think of the shift in the arts in our city?

I’m really very encouraged by what’s gone on in the arts and the arts community, especially visual art, because for a long time there was no funding and very little recognition of visual arts. And over the years, especially in the last  — I’d say five to eight years — there’s been a lot of visibility for it.  I think the Jennifer Lawrence contributions through Fund for the Arts has been very dramatic.  Then seeing the changes in the various arts organizations has pushed things forward. That’s not to say we are where we should be. I think we’re still very far away from having the kind of funding and stability that needs to be there. And that’s more of an overall thing.

What would you like to see in the coming years for local arts?

I think maybe more partnerships between the arts organizations.  The Speed this year is, is really taking a major role with the Photo Biennial by having the keynote speaker there at the Speed, COVID permitting. That involvement, I think, is key.